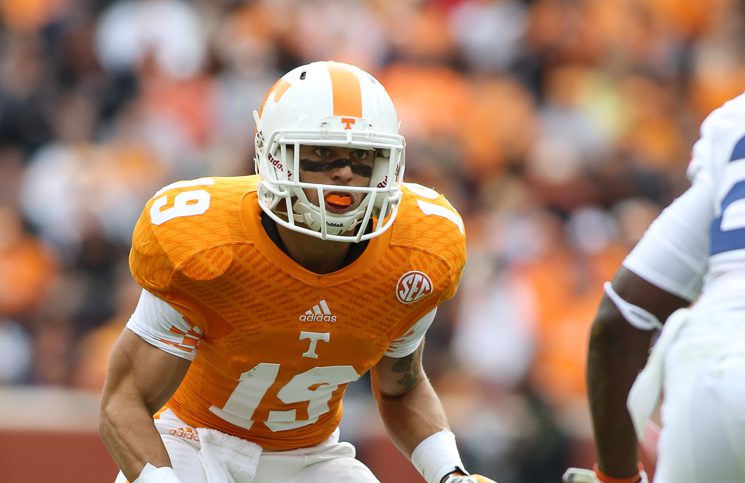 Jones said that Jalen Hurd was pulled from the game on Saturday because he re-injured his shoulder. He could’ve returned to the game if needed, but Jones said “their eyes were down the road” in deciding to hold him out. Jones thinks Marlin Lane (ankle) should be able to play at Ole Miss.

Jones re-emphasized that he thinks Jacob Gilliam (ACL) will play again this season and “will help this football team.” WR Josh Smith will not return to practice today and his status going forward remains fuzzy. Jones anticipates all the other banged-up players such as Marquez North, Chris Weatherd and Ethan Wolf to return to practice and play at Ole Miss. He didn’t mention DT Owen Williams (thumb).

Other notes from Jones:

• He said A.J. Johnson and Jalen Reeves-Maybin are playing at a very high level, among the best linebackers in the SEC, in fact. He also singled out the work of Justin Coleman, Derek Barnett, Cam Sutton and Trevarris Saulsberry as other guys on defense who are stepping up. Jakob Johnson, Emmanuel Moseley and Dewayne Hendrix are some of the young players that Jones said could get more opportunities going forward based on their work on Saturday.

• He said there are some things comparable in Tennessee’s rebuilding job when looking at what Ole Miss has done under Hugh Freeze, but noted that every situation is different. He didn’t go into detail about what he inherited at UT – that’s probably a good thing.

• A couple off-topic things: Jones said he was in favor of five years of eligibility for players and also said he “absolutely” could see a two-loss SEC team making the CFB Playoffs.

• Joe Henderson was pulled off the practice field due to NCAA academic issues. Jones said it was a standard fairly procedure, though said the “oddity” was in the timing of it.

• Vols are planning to stick with the same five on the offensive line, though competition will remain open if anybody else can stand out in practice.