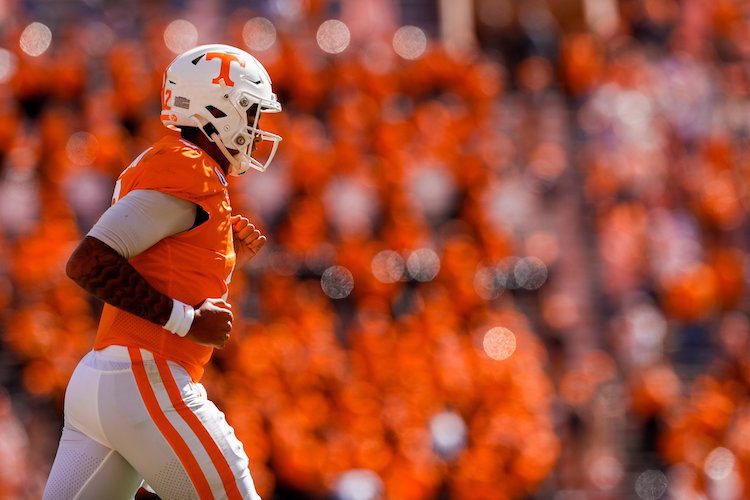 No. 14 Tennessee has made some moves in the betting market after picking up wins in its first two games of the season.

The Vols opened the season at 100/1 to win the SEC at BetOnline. They are now just 20/1 after beating Missouri handily on Saturday afternoon.

The Vols also now have a player appearing in the newest list of Heisman Trophy odds at offshore sportsbook Bovada.

Senior quarterback Jarrett Guarantano is listed at 80/1 to win the most coveted individual award in college football. Clemson’s Trevor Lawrence (+350), Florida’s Kyle Trask (+400) and Ohio State’s Justin Fields (+500) are the names at the top of the list.

Guarantano appeared in Las Vegas-based Circa Sports’ Heisman Trophy odds back in April. He was 300/1 at the time, but is now just 80/1 after the first two games of the season.

The 6-foot-4 signal caller has completed 33 of 54 pass attempts for 449 yards and two touchdowns through two games. He has also rushed for three short-yardage touchdowns on 15 total carries.

Guarantano will need to improve on his 61.1 percent pass completion rate if he wants to move up in the Heisman rankings. He is currently sitting at No. 19 in Bovada’s offerings for the award.

The Vols are 100/1 to win the College Football Playoff at both BetOnline and Bovada. They will play at No. 3 Georgia on Saturday afternoon in the SEC’s Game of the Week on CBS.