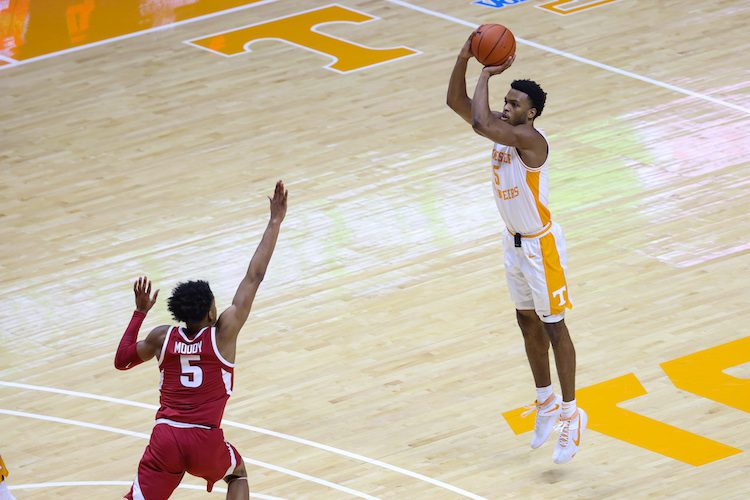 No. 10 Tennessee will face Vanderbilt for the 200th time on the hardwood when they play on Saturday night.

The Vols were scheduled to face the Commodores on Tuesday, but the game was postponed due to COVID-19 issues. Tennessee has won its last six games against its in-state rival.

Tuesday’s matchup was going to take place due to each team’s original opponent pausing basketball activities. Tennessee was going to play South Carolina, while Vanderbilt was scheduled to play Missouri.

“The routine has been to play two games a week and our guys have gotten used to it,” Tennessee assistant coach Desmond Oliver said Thursday. “We had a great practice on Tuesday, the day of the game. So, I do feel like our guys feel like they’re in a routine because of how hard they played on Tuesday.”

The Vols recent routine has been winning games. They are off to a 9-1 start overall, including a 3-1 mark in SEC play. Texas A&M was overmatched in a 68-54 final in College Station last Saturday.

Sophomore guard Santiago Vescovi notched a career-high 23 points in the win. He hit six 3-pointers and is one of four Vols averaging double figures this season.

“The one thing we have always needed from Santi is the ability to make shots, and last game he did a great job of getting back to doing what he did last season,” Oliver said.

They will be facing a Vanderbilt team that has struggled with depth. The Commodores are led by star point guard Scotty Pippen Jr., who is second in the SEC in points (21.6) and assists (5.8) per game. He has led the team in scoring in seven of their nine games.

“Someone is going to have to step up and take that challenge (guarding Pippen Jr.), or maybe a collective amount of people have to do it,” Oliver said. “…But it’s been more about us and getting better, getting better on offense, taking care of the ball better.”

Outside of its star guard, Vanderbilt’s only other player in double figures is sophomore forward Dylan Disu. The 6-foot-9 big man is scoring 12.7 points and is grabbing 8.8 rebounds per game.

He will be facing a Tennessee defense that ranks second in adjusted efficiency and is leading the nation in block percentage. The Vols are also No. 10 in turnover percentage and No. 20 in effective field goal percentage.

Now, they are hoping to be more efficient on offense. Tennessee has avoided turning the ball over, but it is outside the top 100 in field goal percentage.

“Our defense is more on point, and it’s more about our offense taking the right shots and taking care of the basketball and just having that energy we have,” Oliver said.