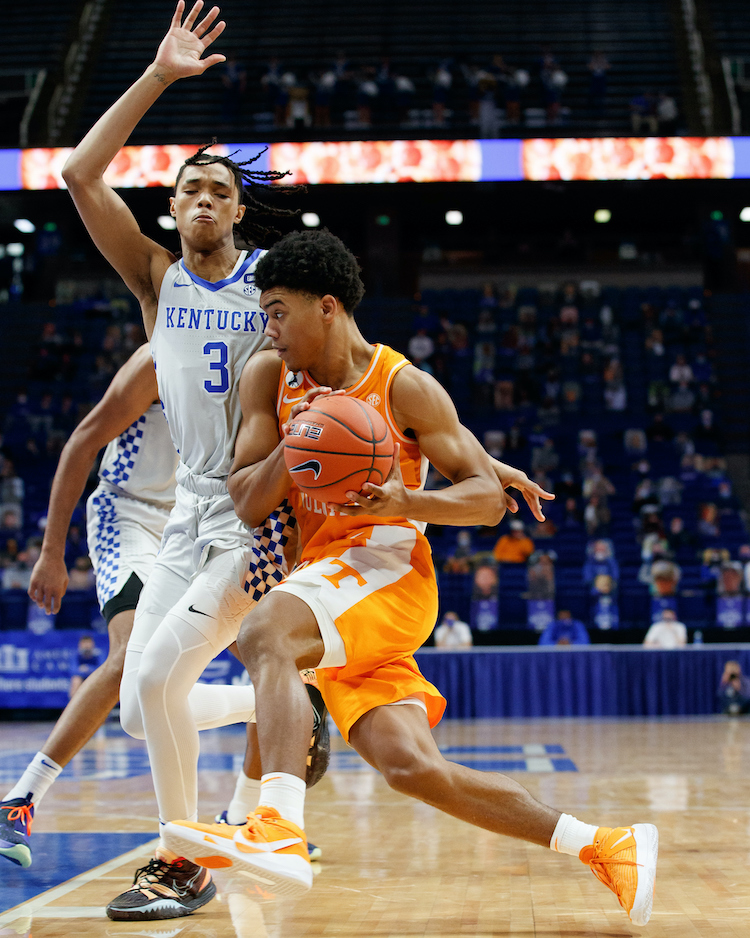 Each Monday we recap the previous week’s news and notes from around Tennessee Athletics. This is the place for Vol fans to catch up on any of the action they may have missed from the last week. We begin with the football program.

This year’s National Signing Day was a largely quiet affair, much like it was for most teams around the country. The early signing period has almost entirely taken the wind out of the sails of National Signing Day, a day that used to be the premier day in college football recruiting.

The Vols did have one signee on Wednesday in junior college offensive lineman Jeremiah Crawford. Crawford had been offered by Josh Heupel while the now Vols coach was the head man at UCF, and now Crawford will be following Heupel to Knoxville. Crawford had also fielded offers from Baylor, Ole Miss, Iowa State, Kansas State, Maryland, and Houston. The 6-foot-6 lineman is ranked as the No. 40 overall JUCO prospect, and the third-best offensive tackle. Crawford will most likely see some early action as the Vols scramble to fill holes on an offensive line ravaged by transfers and graduations.

The 11th-ranked Vols started their week off by traveling to Oxford to take on Ole Miss on Tuesday night. Tennessee started the game strong and built an 11-point lead mid-way through the first half, and it would hold a 28-23 lead over the Rebels at halftime. The Vols maintained their lead and control of the contest until about 12 minutes remained. It was at that point Tennessee went cold and their its offense completely collapsed.

Ole Miss applied a strong half court trapping defense to the Vols, and Tennessee melted. Tennessee began to turn it over gratuitously, which helped lead to 15 Ole Miss fast break points. UT scored zero fast break points and went an unbelievable 12 minutes without scoring a field goal, until Keon Johnson hit a 3-pointer with 42 seconds left when it was too little too late. The Vols went 1-of-14 from the floor to finish the game, and they fell to Ole Miss 50-52. Yves Pons led the Vols’ paltry offensive effort with 13 points, while Johnson scored 11 and Josiah-Jordan James had 10.

The Vols would have to forget their hiccup on Tuesday night, and prepare to face their rival, the Kentucky Wildcats, on Saturday night in Lexington. Tennessee rolled into Rupp Arena to face an inferior Kentucky team, and were expected to win. However, it is never easy to win in Rupp and early foul trouble hampered UT in the first half.

Six Vols had two fouls by halftime, and Tennessee trailed 34-42 at the break. The Vols continued to languish as the second half began, falling behind by 10 points with 12:00 minutes remaining. Then Tennessee’s underclassmen flipped the switch.

Johnson and Jaden Springer cranked up the offense and powered the Vols on a huge scoring run to take a 76-66 lead with 2:53 left in the game. Santiago Vescovi and James finished off the Cats with two 3-pointers in the last 2 minutes, and Tennessee beat Kentucky 82-71.

Johnson led UT with a career-high 27 points while Springer poured in a career-high 23. James recorded his first career double-double with 10 points and 10 rebounds. James also locked down Kentucky’s leading scorer Keion Brooks Jr., preventing him from scoring a field goal for the last 12 minutes of the game.

It was the Vols’ third win out of their last four trips to Rupp Arena and their second in a row. Tennessee has now won six of its last nine games against Kentucky, and Rick Barnes is the only active coach in the NCAA to have three wins in Rupp Arena against Kentucky.

The Lady Vols were scheduled to play two games last week, but COVID-19 got in the way. The program was forced to suspend team activities last week due to one positive test and subsequent contact tracing. Their game against Mississippi State on Thursday, and Texas A&M on Sunday, were postponed as a result.

The Lady Vols will welcome the No. 2 South Carolina Gamecocks (15-1) to Knoxville on Thursday for a monster matchup. The team will then travel to Athens to battle Georgia (14-4) on Sunday.