As the Vols close in on the end of spring practice 2021, the group hit Neyland Stadium on Saturday for their final scrimmage of the spring. This scrimmage wasn’t about finding out who’s going to lead Tennessee out of the tunnel next fall, it was more about finding the depth and leadership this team so desperately needs.

There have been numerous players in black jerseys during this camp, as the coaching staff is not going to risk losing key players that are still dealing with minor injuries or returning from off-season surgery. So, today was a tone setter for how players are reacting to the offense.

At the RB position, Heupel said that Jabari Small is in a really good spot and that Dee Beckwith has shown flashes. “I think at the running back position, Jabari Small has done a fantastic job. He understands how we want to play. He understands what we’re doing. He’s been good without the ball in his hands, not just with the ball in his hands at the running back position. I feel like he’s in a really good spot and done some really good things”. 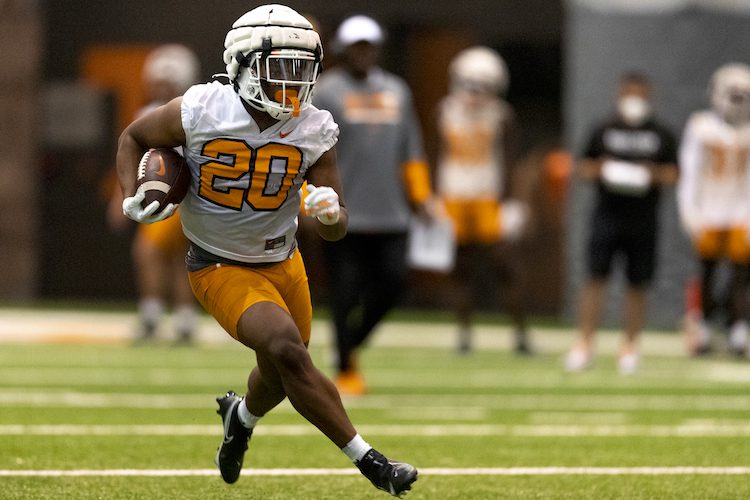 Heupel added, Dee Beckwith has had some flashes at the running back position as well. He’s starting to understand how to play that position. A unique guy in that he’s played multiple positions in a short amount of time coming out of high school having played some quarterback as well. He’s growing into a guy that is understanding the running back position, learning how to play with pad leverage. His size is a positive, but he’s also got to learn how to get pad under pad. He’s starting to do that.” 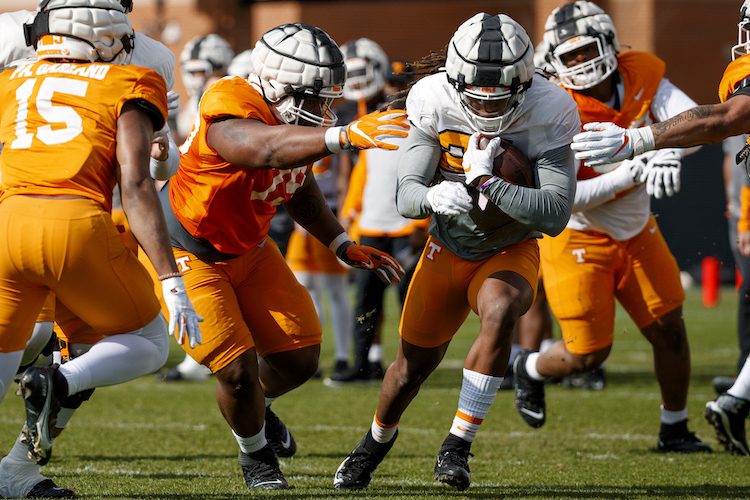 When it comes to the offense and them understanding the tempo, Heupel said “For being this early in the process, I love where we’re at”.

As one source indicated about the scrimmage, the defense dominated the 2nd half, everyone was playing fast and not having to think much. The term “Juice” was used when describing the defense, with the secondary and defensive line causing problems for the QB’s.

Heupel said that operationally, they are light years from where we were to start things. The communication process, control of the game and tempo.

It was notable that Heupel continued to praise Velus Jones Jr. and Cedric Tillman, but also praised Jalin Hyatt for the strides he has made since returning to action, after working on the side for a few weeks.

For the defensive younger players, they’ve caught the eye of coaches, as OLB coach Mike Ekeler described on Thursday. 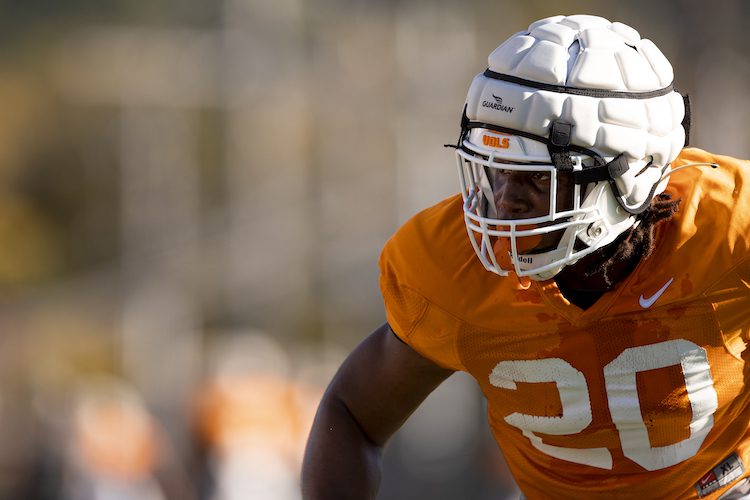 Josh Heupel did not have an update on the suspended players. As folks have mentioned to me, they’ve gone this far without participating, so I wouldn’t expect anyone back on the field.

As for Saturday’s scrimmage, it was about making sure players were understanding how their coaches wanted them to play. Next Saturday’s O&W game will present the opportunity for the staff to be on the same page when it comes to game atmosphere, which will be key for Heupel.