Past Renderings Show The Potential Future Of Tennessee Baseball

Looking around the landscape of college baseball over the past number of years, you’ve seen the investment that many institutions are willing to put into their programs to compete on a national level. Around the southeast, schools are finding ways to build luxury ballparks. It’s the schools understanding that, just like football and basketball, you need top-notch facilities for a variety reasons, including recruiting.

But one of the biggest reasons you’ve seen schools start to focus on baseball is the fan experience. It’s not a secret that college baseball is not going to fund your athletic department. But, doing nothing about depleted facilities and stadiums will absolutely kill any kind of momentum you’re looking to maintain.

Just look around the SEC, Florida has moved into their brand new home, which cost upwards of $65 Million Dollars to build. By the way, it’s beautiful and and will become a sustainable venue for years to come. Have you seen what they’ve done in Starkville? They decided to mostly demolish the old Dudy Noble Field and spend $68 Million to rebuild the stadium into one of the best looking ballparks in the country. 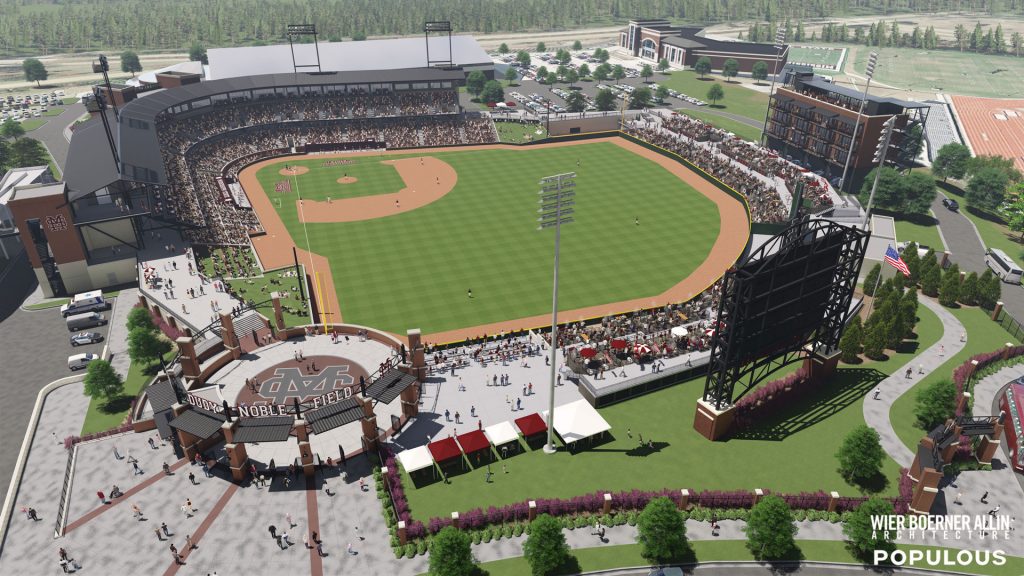 At the time, former coach and now AD John Cohen said that the stadium would bring in $3 Million annually in revenue, not including the $8 to $12 Million they are projecting to secure from suite and lounge licenses. The athletic department brought in the company “Populous”, who are hired to come up with designs for stadiums, airports concert venues and more.

You might’ve heard that name recently, as they’re currently involved in the Smokies downtown stadium project. The Populous group was also involved in the design of Truist Park, home of the Atlanta Braves. The Nashville Sounds are also on their list of clients, with the new “First Tennessee Park”.

So, it wasn’t a surprise that when the University of Tennessee decided they needed to start moving in the direction of remodeling Lindsey Nelson Stadium, they department reached out to consultants at Populous. The university had the group come up with designs on how they could spruce up the stadium that desperately needs work. This was part of a plan by the former athletic administration, before the shakeup in January.

A spokesman for Tennessee said that “these concept renderings were produced several months before January’s athletic department leadership transition. Assessment and discussion regarding the ultimate path forward for our baseball facilities remains ongoing”.

A few other things to consider as well. These were all started before Covid absolutely wrecked athletic department budgets, they were finished in July 2020. But, these renderings have also been helpful in looking for donor support, knowing that parts of this could be done in stages. According to one source, the renderings were going to be pitched to boosters in hope of financial support, but Covid set a few things back. Everyone has taken some kind of hit over the past 14 months, so if someone was committed to certain amounts in January 2020, it could be completely different in May 2021. 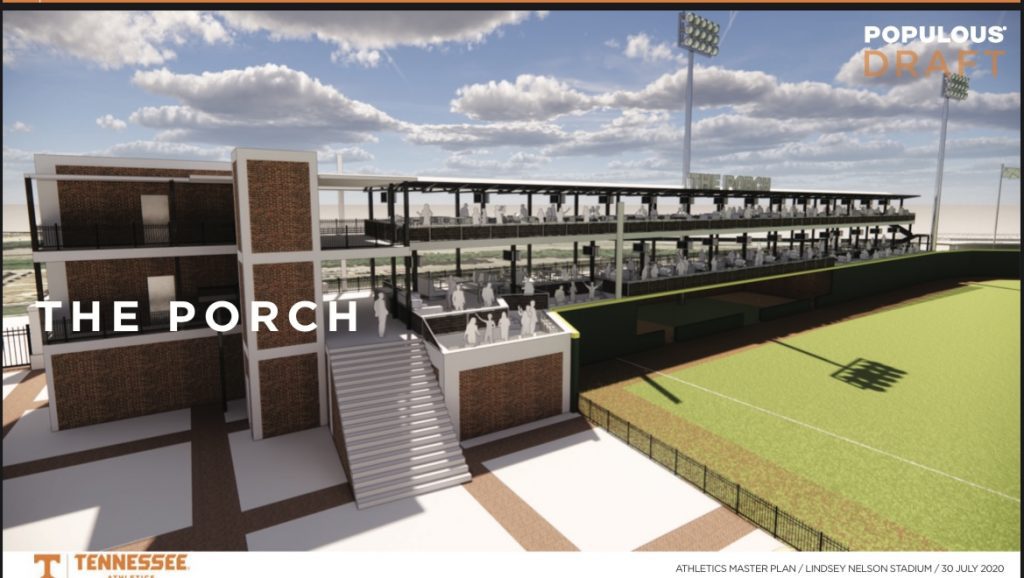 In talking with people around the program, having the ability to use these as a platform for selling the future of Tennessee Baseball under Tony Vitello was key. It doesn’t hurt that the support of the program has flourished this season, thanks to the on-field product. Fans aren’t coming to Lindsey Nelson Stadium because the stadium is so luxurious, they’re coming because this team has captured the hearts of the fanbase. 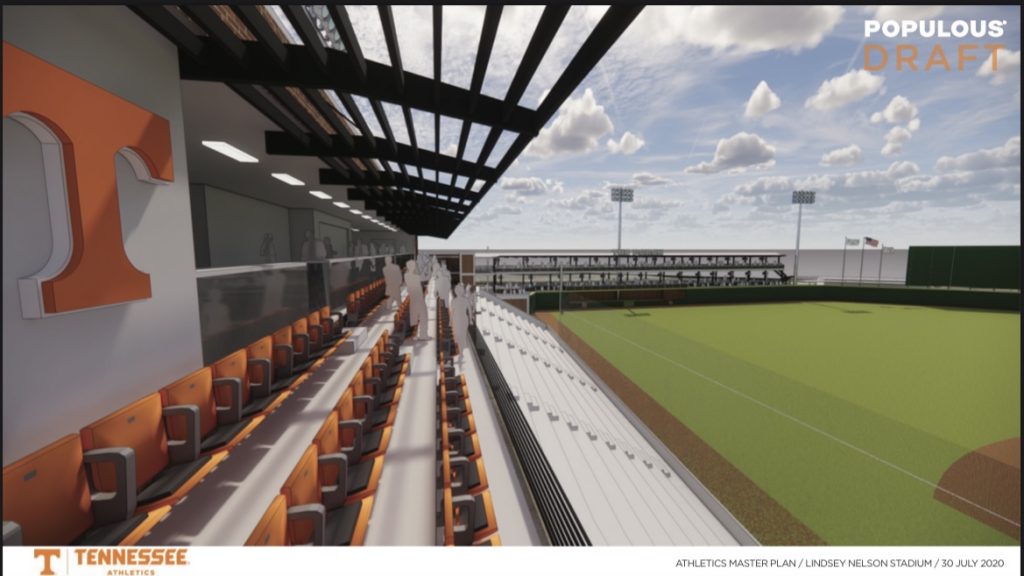 So we now wait to see if enough money can be either promised or raised. How much is the university willing to spend? How big does the university want to get in baseball and how much money do they think they can generate from a potential stadium expansion. These are all questions that AD Danny White and his associates must continue to think about and discuss. There have been meetings about the potential, small meetings, here and there over the past few months. 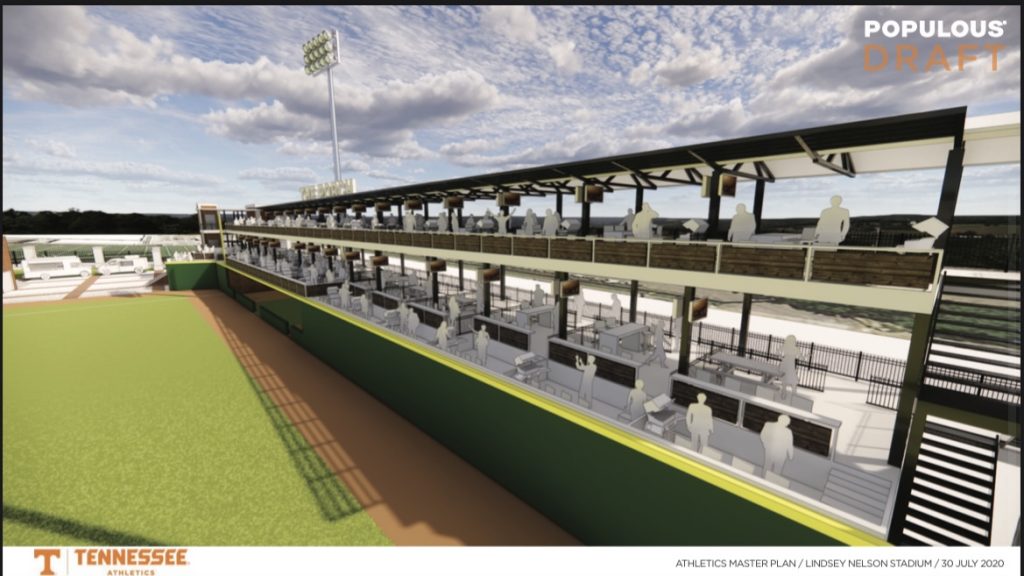 But now, with Tony Vitello and the boys producing on the field, it will come down to how much the athletic department and donors can produce off the field. It doesn’t have to look like this, but there is room grow. 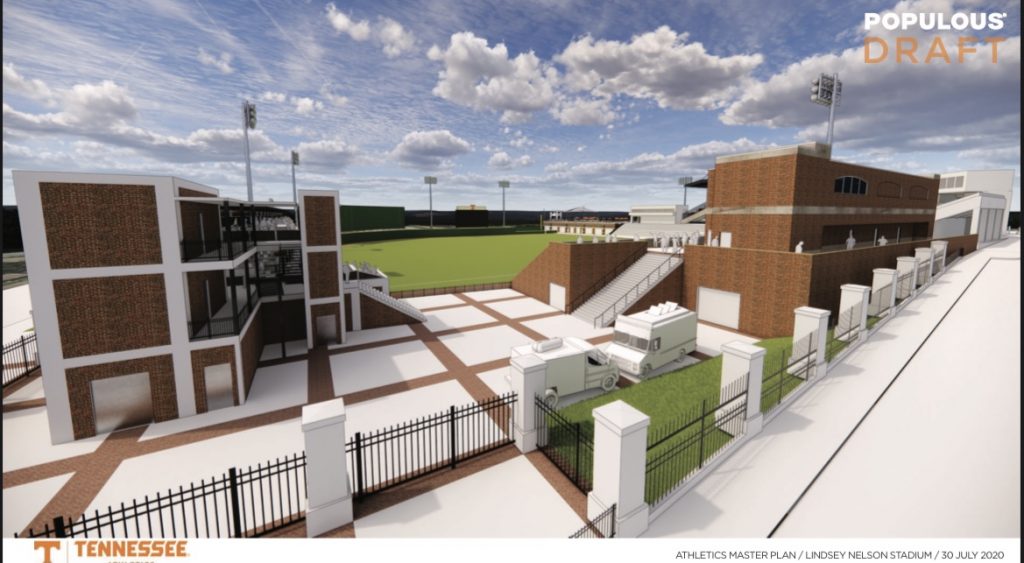 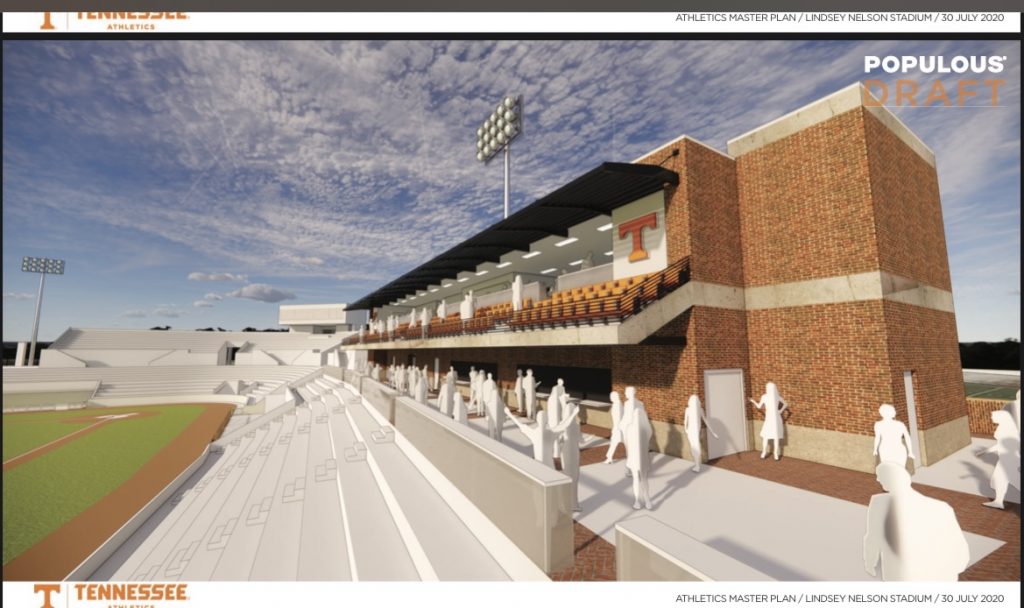 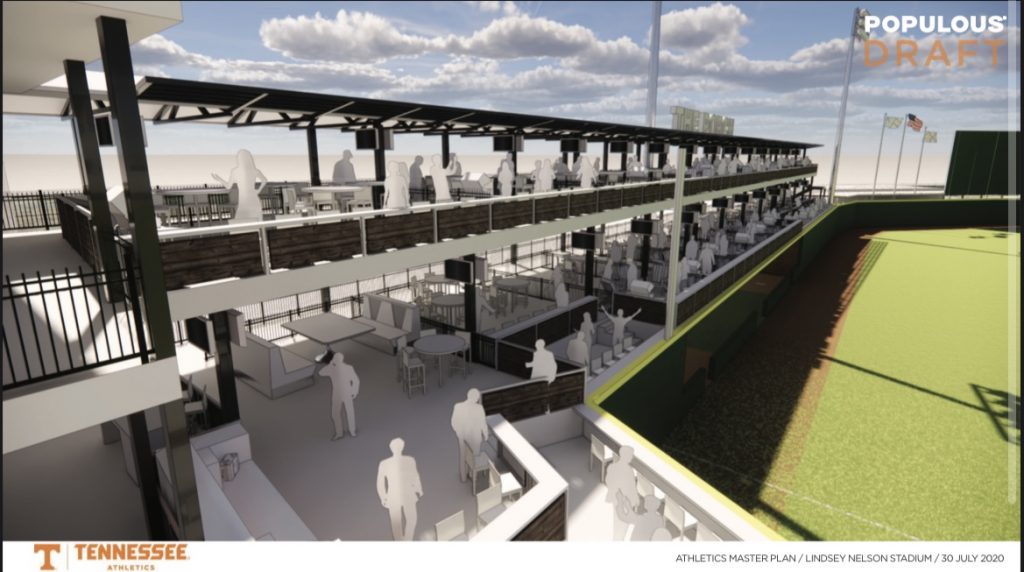 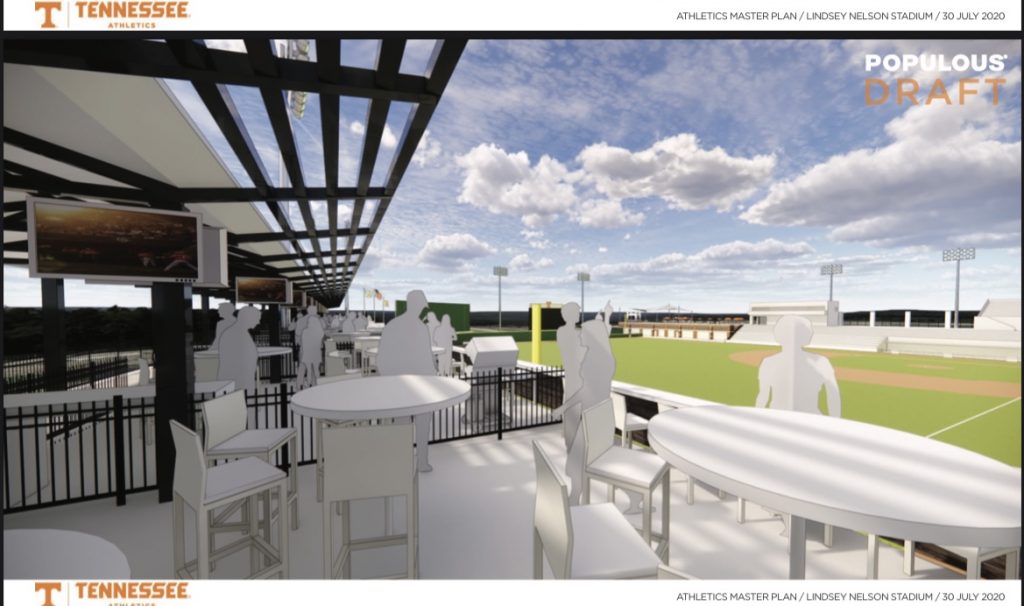 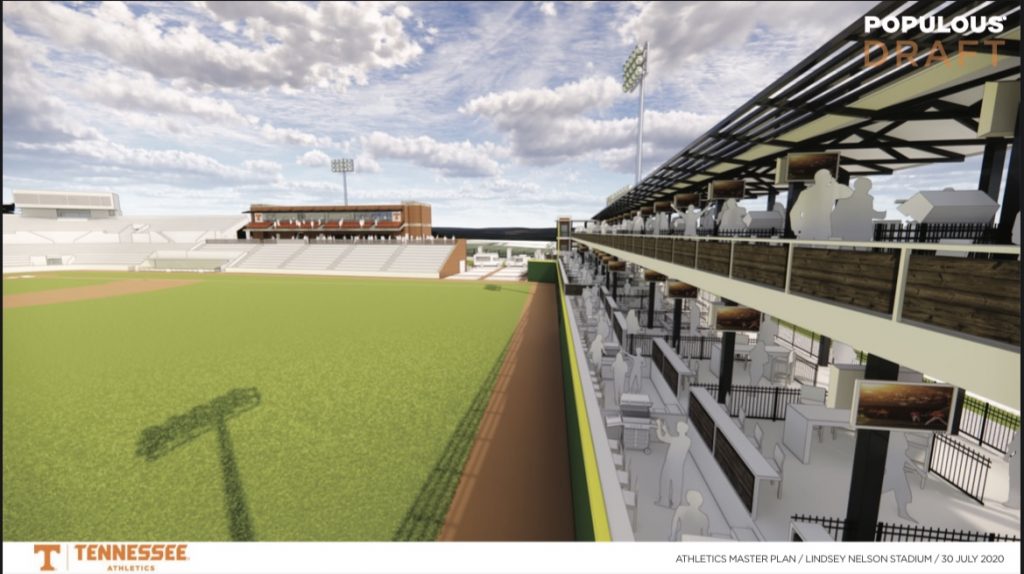 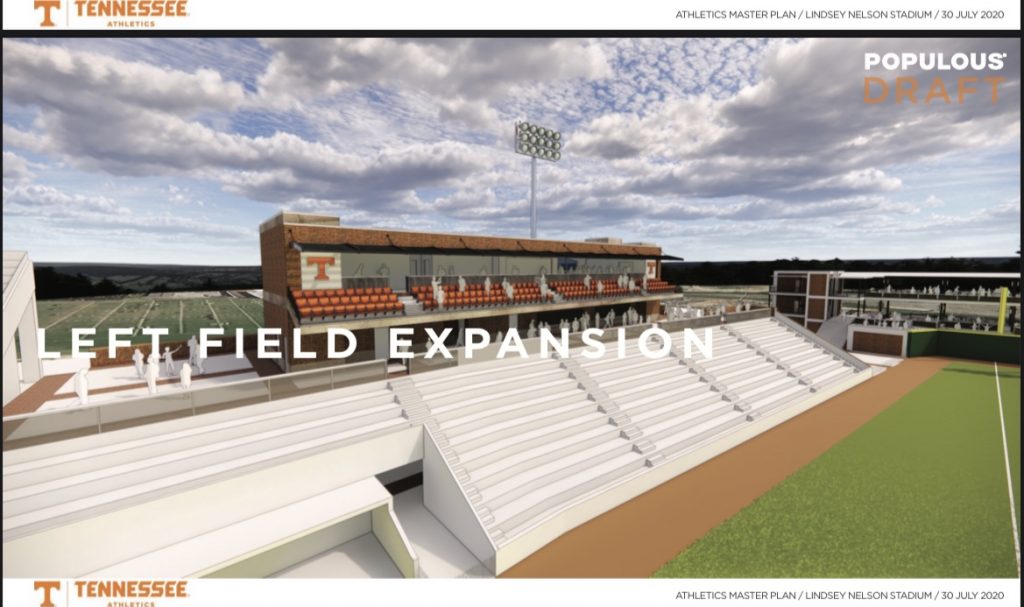 Time will tell what kind of ideas or designs they decide they can financially pull off. But, the Vols can’t keep asking recruits not to come through the front door.You have to strike while the iron is hot.