As the crowd was streaming into Lindsey Nelson Stadium on Friday night, you could tell it would be an electric atmosphere. Nobody expected what was coming in the 9th, maybe besides the Tennessee roster.

This game got off to an interesting start for the Vols, as Wright State jacked a 2-run homer in the 1st inning, giving them an early 2-0 lead. As for starting pitcher Chad Dallas, he continued to battle and try to keep the Vols out of many jams, which he did until the 5th inning.

Tennessee answered back in the 2nd inning, as Luc Lipcius hit a rocket down the right field line, which cleared the wall and Tennessee was back in it, trailing 2-1. The Vols would end up being the aggressive team in the 3rd inning, as Connor Pavolony hit a 2-run homer to right field and Max Ferguson backed it up with a homer of his own. Thanks to an RBI-double from Lipcius, Tennessee led 5-2, heading into the 4th inning.

But for Wright State, they just kept hanging around, tacking on a run in the 4th and 5th inning, thanks to the deep ball. That’s when things started to feel different and State was starting to gain the momentum, even though they still trailed 5-4. 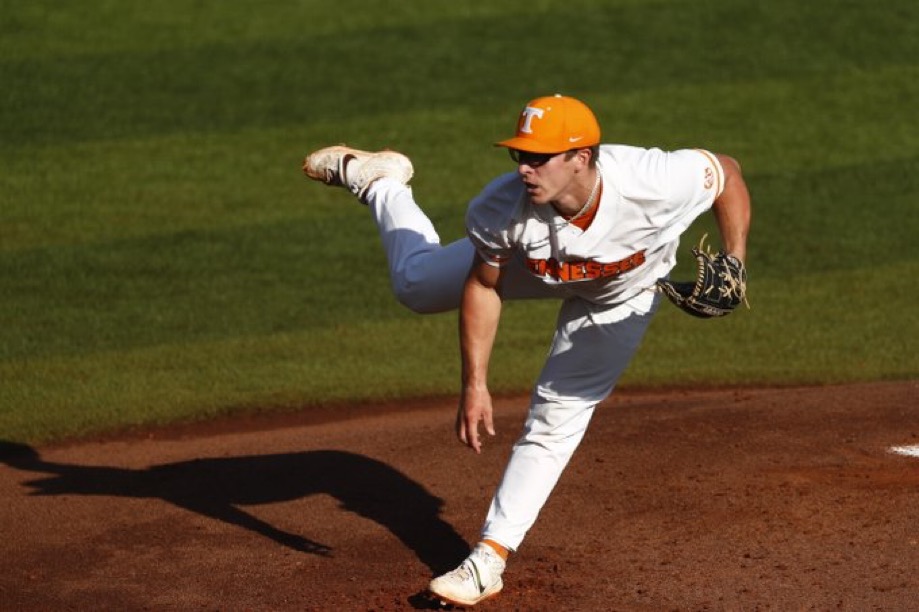 Tennessee kept putting themselves in tough spots all evening, especially leaving runners on base, which they ended the night with six. As Sean Hunley came in to relieve Dallas, he settled in for a bit until Wright State struck pay dirt in the 7th. Sitting at a 2-1 count, Hunley threw a fastball that was destroyed to left center for a 3-run homer for State, giving them a 7-5 lead. At this moment, you could feel the air slip out of the stadium.

Wright State wasn’t done, especially from a home run perspective. A 2-out homer in the 8th inning gave them an 8-5 lead and Tennessee fans were thinking about returning at noon on Saturday to watch their Vols, at least a few of them. Wright State had 7 HR’s through 7 innings, scoring six unanswered runs and putting the Vols on life support. 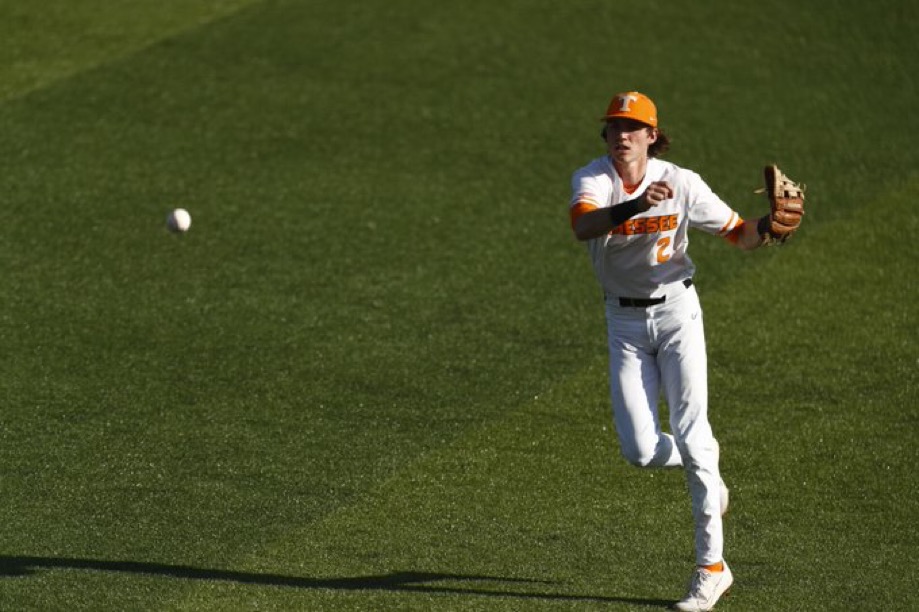 If there is one thing you cannot do against Tennessee this season, it’s thinking their done before the final out is made. We’ve seen this before, the Arkansas game comes to mind for fans. Could the Vols actually pull it off again, especially after a rough back end of the game where nothing was going their way on the bases.

It started off with a Pavolony single, followed by a Max Ferguson single up the middle. Tennessee had two runners on, with 1 out. Jake Rucker stepped up to the plate looking to tie things up or at least drive in a few runs to close the gap. Well, on a 3-1 count, he was walked and the bases were loaded for Drew Gilbert. 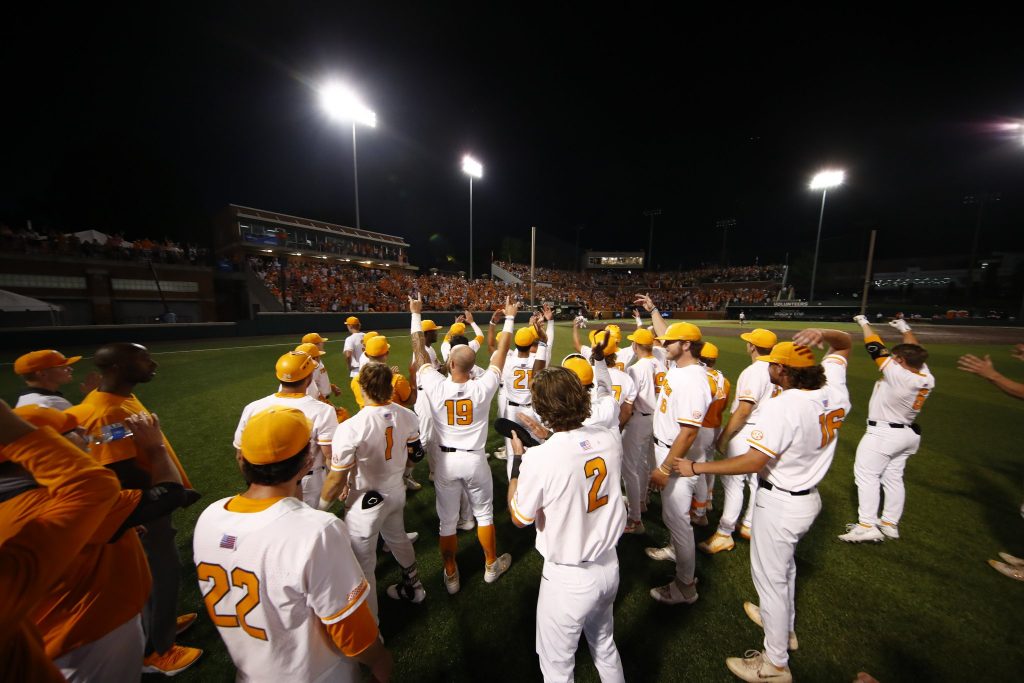 Now, picture over 4,000 fans screaming at the top of their lungs, holding on to hope that Gilbert could somehow will this team closer in the box score. It was an 0-1 count and Lindsey Nelson Stadium was about to explode like you’ve never heard it before. Gilbert struck the ball so hard that there was absolutely no doubt what we had just witnessed. Tennessee had done it again, another walk-off win in a crucial moment. This time, it came in an NCAA Regional and in front of a rabid fanbase that was desperate to feel that emotion of something powerful happening.

It was absolute chaos from the Tennessee players and fans who were dying for a moment like tonight. Not only did the Vols prevent an elimination game, but they defeated a team that had no reason being a 4-seed in their bracket.

This was one of the craziest endings to a Tennessee sporting event that you will ever witness and see again. The Vols were feeling the pure energy from the thousands of rabid fans as Drew Gilbert rounded third and headed home, to cap off an incredible comeback.

In the famous words of a legendary Tennessee broadcaster, you could easily sum up tonight’s ending with one phrase.