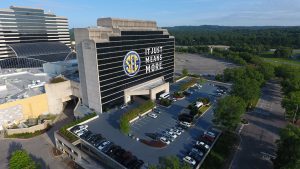 During his opening appearance at the 2021 SEC Media Days conference, SEC commissioner Greg Sankey dropped some important news for the upcoming football season in relation to COVID.

“That means your team needs to be healthy to compete,” said Sankey in the press conference. “And if not, that game won’t be rescheduled.”

During the 2020 regular season, teams and conferences routinely worked to reschedule, postpone, or figure out some way around a COVID outbreak for a team.

However, Sankey has said that any game in the 2021 season that cannot be played due to COVID will not be rescheduled. 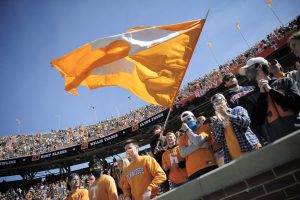 Sankey mentioned the expectations that each team has in his full statement.

“So let’s just indicate like the realities we deal with,” Sankey said. “You hope not to have disruption, but hope is not a plan is the great cliche. We still have roster minimums that exist, just like last year. What I’ve identified for consideration among our membership is we remove those roster minimums and you’re expected to play as scheduled. That means your team needs to be healthy to compete, and if not, that game won’t be rescheduled.”

“Right now 43 percent of our football teams, that’s six of 14, have reached the 80 percent threshold in roster vaccination,” Sankey said at SEC Media Days. “That number needs to grow and grow rapidly.”

So, there it is. According to SEC Commissioner Greg Sankey, all teams are being highly encouraged to seek vaccination as well. Otherwise, if a team is unable to play due to a COVID outbreak, that team’s game will not be rescheduled.

Sankey also mentioned that teams may have to forfeit if they cannot play. However, that has not been fully ironed out among the league’s officials yet.

“We’ve not built in the kind of time we did last year, particularly at the end of the season, to accommodate disruption,” said SEC Commissioner Sankey. “And unless we’re going to do that, our teams are going to have to be fully prepared to play their season as scheduled, which is why embedded in my remarks is the vaccination motivation.”