If there was a burning question that would be asked on Tuesday, it was surely going to be about the quarterback competition heading into fall camp. In most situations, you can’t run from the question, but for the past number of years, it’s been a problem multiple coaches have struggled to figure out. As Josh Heupel met with media members in Hoover, it was all about how he would come to a decision, as camp starts August 4th.

As Heupel discussed how he would come to a decision about who to trust under center, it was clear that he’s going into camp with at least a public open mind.

“I think the quarterback position, it’s really important every other member of your team, offensively and defensively, see that the guy has earned the opportunity to be your quarterback. When there’s a bad play, and there will be at some point, they’ve got to know that’s the right guy for them that’s leading the football team, and that only comes through time.” 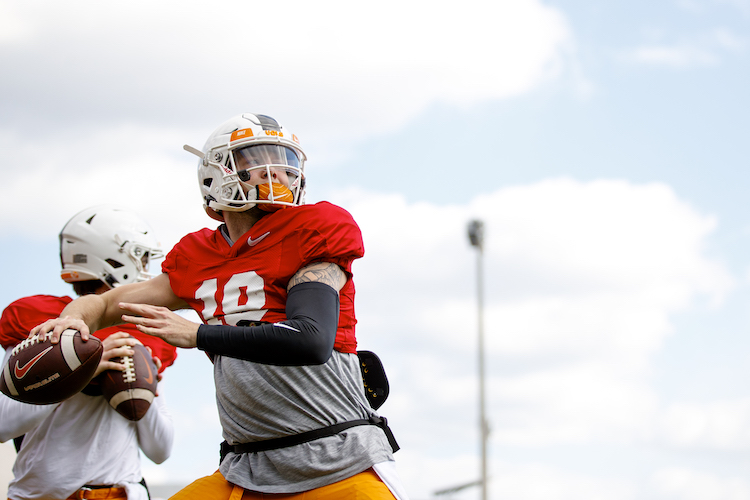 It’s alright for Tennessee fans to be hesitant when their head coach is talking about the starting quarterback position, you won’t have to look far back to understand why. The position has been fumbled more times than a coaching search, but having Heupel make this decision should at least give Tennessee fans some hope that the right one will be made this time.

“At the end of the day, you have to trust that person. You have to trust them with the ball. They have the ball in their hands every play. They’re your decision-maker. I think it’s important that the players around them — offensively and defensively, your entire coaching staff,  feel and know that he’s earned their trust, that that’s our guy, that he can go out and compete at that level. Because there are going to be ups and downs throughout the course of every ball game and that’s got to be the guy. So they’ve got to go out there and earn it. We’ve got four guys that are competing for it.” 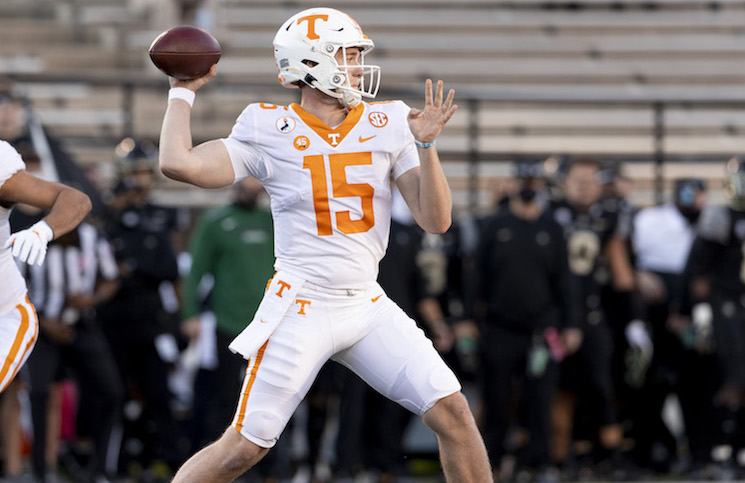 When Heupel discussed the four guys competing for the starting job, he was asked specifically about Michigan transfer Joe Milton and why he decided to bring him into the program.

“Competition is the greatest friend that any coach has. You have to have it in that room. It’s going to drive the players inside of it when you’re not around it. To me, Joe’s got a unique skill set, a strong arm, accurate passer. I think he’s a very bright young man that’s picked up on what we’ve done so far really well. He’s talented. He can spread the football field from sideline to sideline and vertically and has a unique skill set with his size and mobility to use his feet as a weapon as well.”

Now, I wouldn’t take this as Heupel complimenting just one of the quarterbacks, as he was asked what Milton brought to the competition. Meaning, don’t just chalk it up to one quote, these four quarterbacks will have to earn it, starting August 4th. 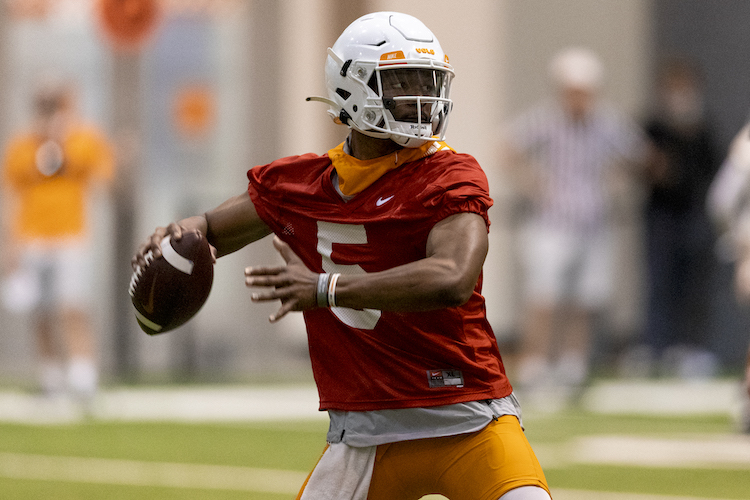 As we’ve all witnessed since Josh Dobbs left Tennessee, the quarterback position has been a crapshoot and it has definitely caused a magnitude of problems for the coach in charge. So, I wouldn’t expect Heupel to get himself caught up in a game of musical chairs. He has to pick one guy and roll with it, no more yanking a guy after two interceptions and then putting that QB back in the game because you don’t personally like the backup. Heupel is smarter than that, he won’t string guys along for the hell of it and he certainly won’t beg a quarterback to stay because it might make him look bad.

If there’s one thing Tennessee fans can be certain of, it’s that Heupel knows how to select a starting quarterback. Take solace in knowing that the flip-flopping is most likely over and for better or worse, he’s going to ride with the guy who he feels can be the leader this team needs, not just someone he’s comfortable with.

It’s a new day in Knoxville, at least from a quarterback standpoint.