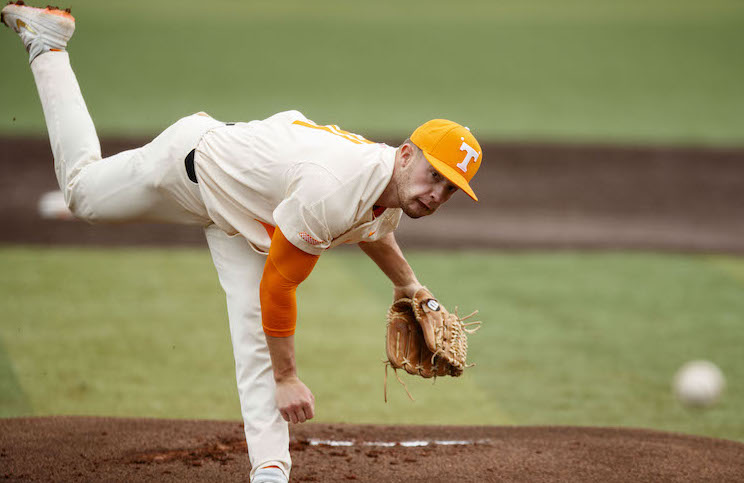 The Rangers selected the Waxahachie, Texas native in the 12th round of the MLB Draft earlier this month and signed the right handed pitcher before the July 31 deadline.

Leath transferred to Tennessee from Blinn College prior to the 2020 season and posted a 1.45 ERA in 18.2 innings in the COVID-19 shortened season.

Leath was going to be a weekend starter for Tennessee in 2021 but tore his hamstring against Indiana State in the second weekend of the season.

Tennessee head coach Tony Vitello called Leath “the most talented pitcher” on the 2021 roster and his loss was a major blow to the Vols’ depth on the mound.

The senior could have returned for one more season due to COVID-19 eligibility relief but decided to begin his professional career with Texas.

The signing bonus for the 12th round pick has yet to be released.

Leath was the last Tennessee commit, transfer or current player to decide whether to play professionally or for the Vols in 2022.

Here’s a look at the complete roster turnover of Tennessee baseball this offseason.