The Vols hit the practice field for the first time this fall, on Wednesday. As they prepare for the upcoming season, it seemed to be a lively atmosphere, especially getting to see a full hour of practice. Tennessee started off practice like normal, with their stretch period, before breaking off into position group work.

The QB order through the routes-on-air was Hooker, Milton, Bailey, and Maurer. When the group went into the 11 vs. 11 portions, Milton and Hooker worked with the first team, while Maurer and Bailey worked with the 2’s. This will obviously change over the next few days, as they feel out the position. The arm strength of Milton is evident, though we didn’t get to see many balls thrown downfield. Hooker and Milton were pretty accurate during that time, with Bailey and Maurer having their moments. I thought Walker Merrill looked pretty decent, coming back from his knee injury. As Tennessee could use him this season, Miles Campbell looked good across the middle, especially getting off the line. 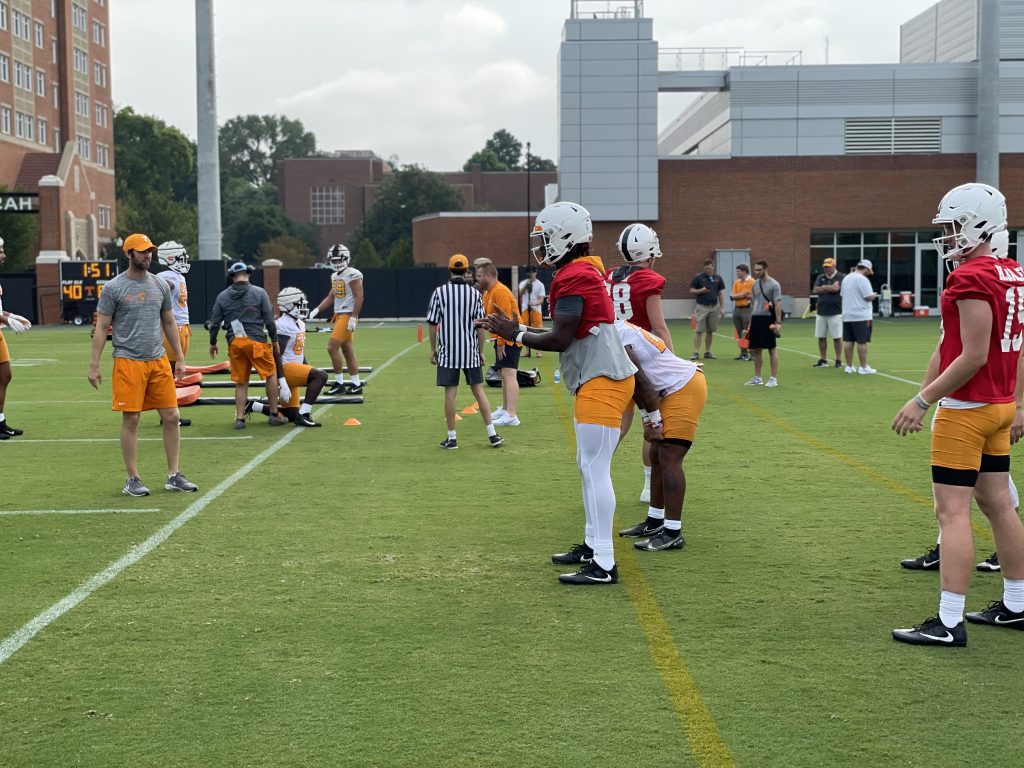 I really like their group at WR, with Velus Jones Jr. and Jalin Hyatt leading the way on the outside. JaVonta Payton has the explosiveness needed at the position, which Josh Heupel praised during his press conference. Walker Merrill was a full participant at practice, wearing a long knee brace, though Josh Heupel did say he was at 100%.

Kansas transfer Da’Jon Terry absolutely looks the part. The defensive tackle is all of the 6-foot-4, 325 pounds build listed on the roster. He moves his feet very well for someone that size, much better than Aubrey Solomon, who is 6-foot-5, 325. USC transfer Caleb Tremblay is not a very big guy. He’s going to have to play fast and quick to be more than a few snaps a game guy in a defensive line unit full of capable bodies.

Tennessee’s linebacker room looks much better after adding a plethora of faces following the spring. Juwan Mitchell looks like he’ll be a welcome addition between the tackles. How well he plays the run sideline-to-sideline, and the pass will be worth watching. Freshman Aaron Willis is a small dude but has a quickness that I don’t think Tennessee has at linebacker. Morven Joseph has slimmed down a bit since last season and worked exclusively with inside linebackers in the viewing portion of Wednesday’s practice. 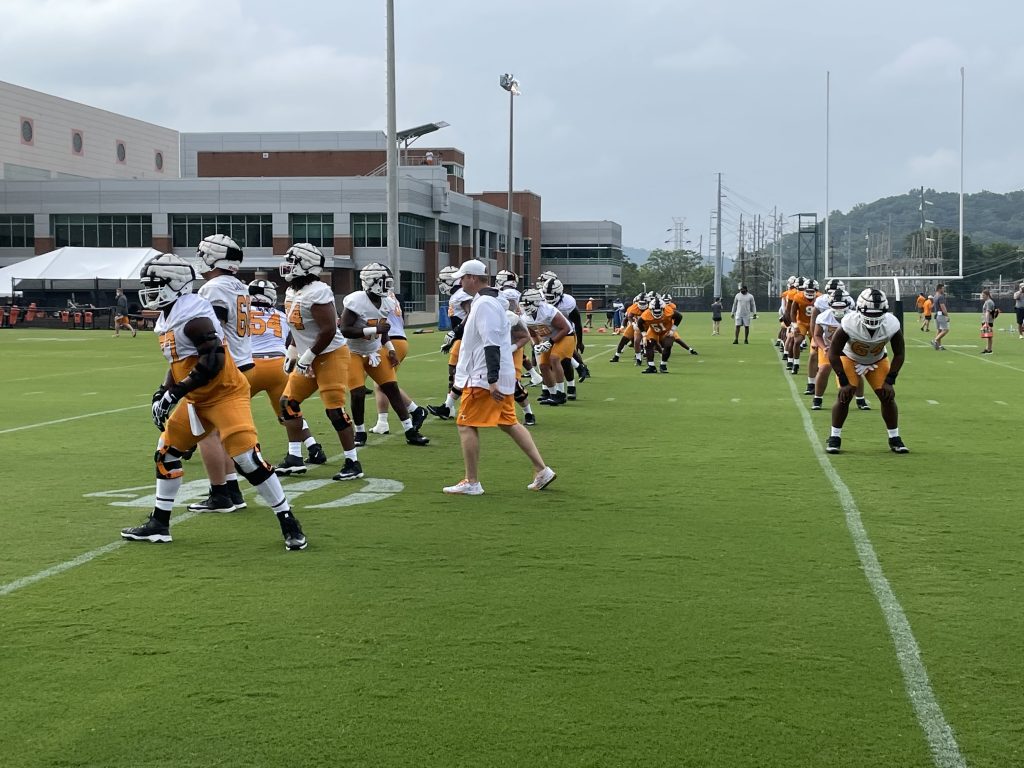 Auburn transfer Kamal Hadden was working to the side for all of the viewing portion Wednesday. Doneiko Slaughter was working with corners after playing some nickel and safety last fall as a freshman. Look for him to compete for the starting job at nickel. Kenneth George Jr. had some strong reps in the one-on-ones and drills against Tennessee’s receivers.

The LB order was Kwauze Garland and Solon Page III running with the first group, while Jeremy Banks and Juwan Mitchell ran with the 2’s. Morven Joseph and Aaron Beasley were also in the rotations. Don’t draw many conclusions to the rotation, as this will almost certainly flip later in camp. The secondary was Warren Burrell and Alontae Taylor at corner, with Trevon Flowers and Jaylen McCollough at the safety spot. Theo Jackson played at the nickel position, with Doneiko Slaughter backing him up. We did see Christian Charles working a little at both corner and safety.

A few housekeeping notes. Princeton Fant will be back at practice on Thursday. Roman Harrison worked with the OLB group and did get some work with Tyler Barron, Bryson Eason, and Byron Young.

You can watch highlights of the Tennessee Football practice here. You can also watch the footage from Heupel’s post-practice press conference here.