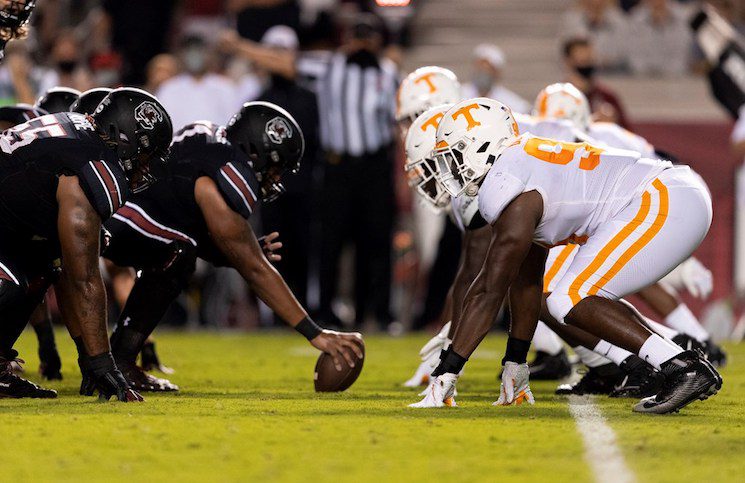 Coming off its best win of the 2021 season, Tennessee is 12-point favorites for its SEC home opener against South Carolina, according to CircaSports.

Tennessee went on the road and dominated Missouri 62-24 Saturday afternoon, scoring on 11 of its 12 offensive drives.

The Vols enter the matchup with South Carolina 3-2 and 1-1 in SEC play. Tennessee is 2-3 against the spread this season after winning as an underdog at Missouri.

South Carolina enters the matchup 3-2 and 0-2 in SEC play. The Gamecocks have wins over Eastern Illinois, East Carolina and Troy. South Carolina has lost the first two SEC games of the Shane Beamer era, falling at Georgia and versus Kentucky.

The Gamecocks are 3-1-1 against the spread so far this season.

Tennessee has defeated South Carolina in the SEC East rivals last two meetings. The Vols turned in their most complete performance of the 2019 season at home against the Gamecocks before opening the 2020 COVID-19 season with a win at South Carolina.

The Vols and Gamecocks have had similar success against each other the last decade with Tennessee winning five of the last nine games in the series.

Tennessee is looking to build off its best performance of the Josh Heupel era. The Vols offense dominated Missouri, recording 677 yards— 452 of which came on the ground. Tennessee’s path to bowl eligibility looks much more clear after the road win. A win over South Carolina would give the Vols four wins this season, meaning Tennessee just needs wins over South Alabama and Vanderbilt to become bowl eligible.