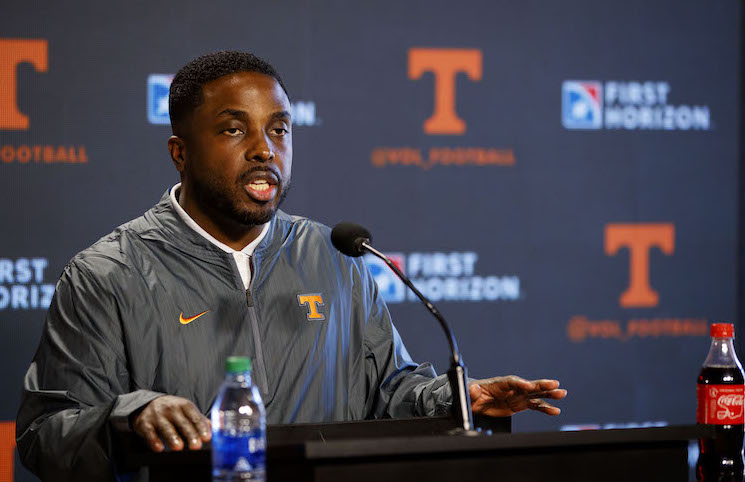 Tennessee coordinators Alex Golesh and Tim Banks met with the local media Tuesday, following the Vols blowout win at Missouri and ahead of the SEC home opener against South Carolina.

Golesh discussed the ply of Hendon Hooker, his calm demeanor and what all has made him effective as the Vols’ quarterback.  The first year quarterback also discussed the injuries along the offensive line and how the offense is starting to find its identity.

Tim Banks discussed how his defense is having success defending the run, the play of his linebackers and  the identity of Tennessee’s defense.

The Vols run defense ranks fourth in the SEC after limiting a strong Missouri run offense led by Tyler Badie.

Tennessee is looking to improve to 4-2 (2-1 SEC) this Saturday against a struggling South Carolina team. The SEC east rivals will kick off at noon ET. ESPN2 will broadcast the game.