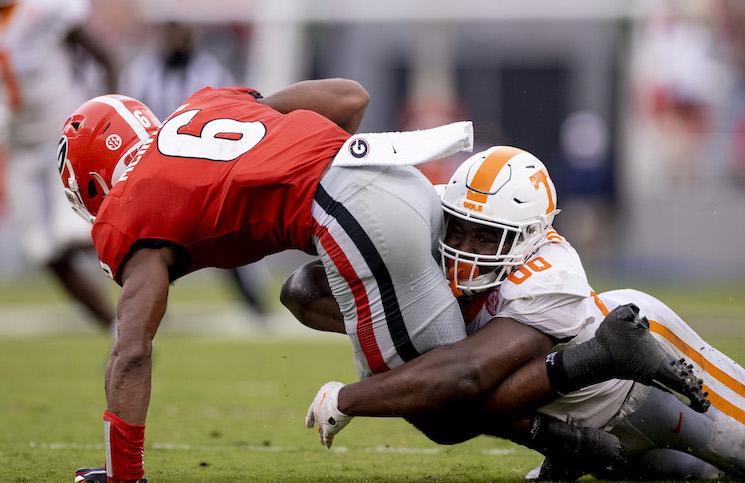 Coming off its lone bye week of the 2021 season, Tennessee is healthier than its been in weeks for its week 10 matchup at Kentucky.

All three players are backups for Tennessee with Bumphus having the largest role of the three. Bumphus was injured in the second half of the Vols’ loss to Alabama.

Tennessee expects to have a handful of players back who have been injured and banged up over the past month.

Starting defensive tackle Elijah Simmons hasn’t played since getting injured in the Missouri game, but the Nashville native is available, dressed out and going through warm ups for Tennessee.

As is offensive tackle Cade Mays and defensive backs Warren Burrell and Theo Jackson. All three are starters for Tennessee and play major roles for the 2021 Vols.

Heupel expressed optimism that the Vols would get Simmons, Jackson and Mays earlier this week.

“I don’t want to say anything concrete at this moment,” Heupel said. “I do think all those guys are leaning towards having the opportunity to play. We gave most of those guys the bulk of the time off last week. Seeing those guys back in the building today moving around a little bit. We’ll figure out more when we get on the field Tuesday, Wednesday but I think those guys will have an opportunity to play.”

The bye week also gave time for a handful of important ball carriers to get fully healthy. Running backs Tiyon Evans and Jabari Small have been banged up and in-and-out of Tennessee’s lineup this season.

Quarterback Hendon Hooker was injured against Ole Miss and played against Alabama but clearly wasn’t at full health.