Sophomore Chase Dollander dominated on the mound as the Vols bullied the Bulldogs, 27-2.

Here’s everything to know about the obliteration.

The sophomore pounded the strike zone, throwing just 19 balls while holding Mississippi State scoreless and hitless through six innings. Dollander surrendered a walk — his lone baserunners — while striking out six.

Tony Vitello pulled the Georgia Southern transfer after six innings and just 61 pitches. However, Tennessee scored seven runs in a 35 minute top half of the seventh inning, giving Dollander’s arm significant off time between innings.

“I think he’s kind of one of our most improved players within the season. He just kind of had an interruption there,” Tony Vitello said postgame. “He’s a guy going into the postseason with which ever role we give him — he’s going to start a game for us at some point in Hoover and we’ll see what’s after that.”

Vitello and pitching coach Frank Anderson have made Dollander their weekend opening starter the last two weeks and the sophomore’s performances have proved he’s earned that spot entering postseason play.

“I think Luc Lipcius was a guy who kind of led the charge so to speak,” Vitello said. “There were other guys too. Jorel, as the game went on he just kept getting stronger. Logan Steenstra off the bench had a phenomenal swing. You could pick a part a bunch of different little instances but we were fortunate enough to have guys like Trey that got on base five times in a row. When you get into games you have to get something from each spot in the lineup. Obviously we got more than that tonight.”

The offensive outburst was ridiculous as Vitello’s team put up offensive numbers that rival Josh Heupel. It was by far Tennessee’s best offensive performance of the season and the Vols have outscored their last two opponents 45-2. 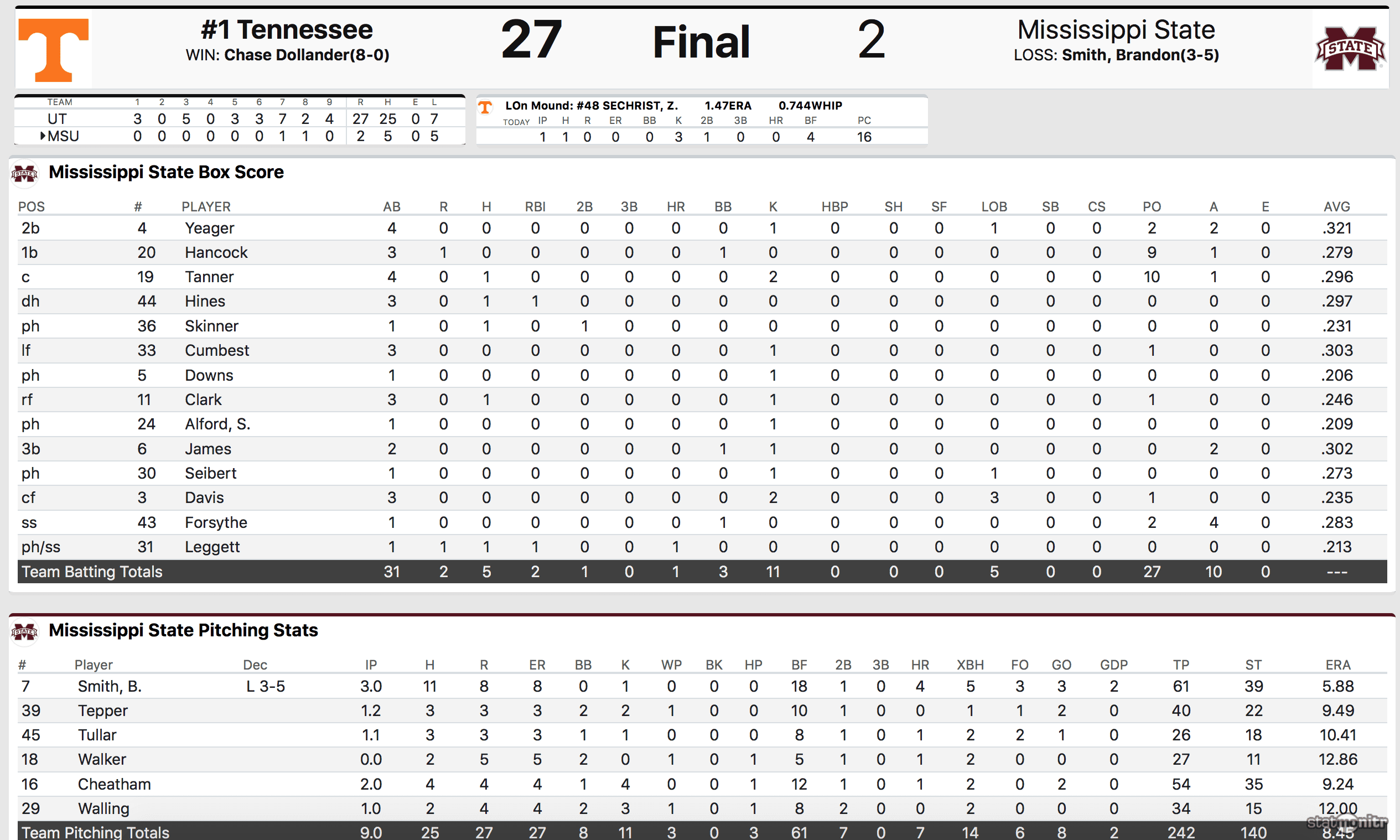 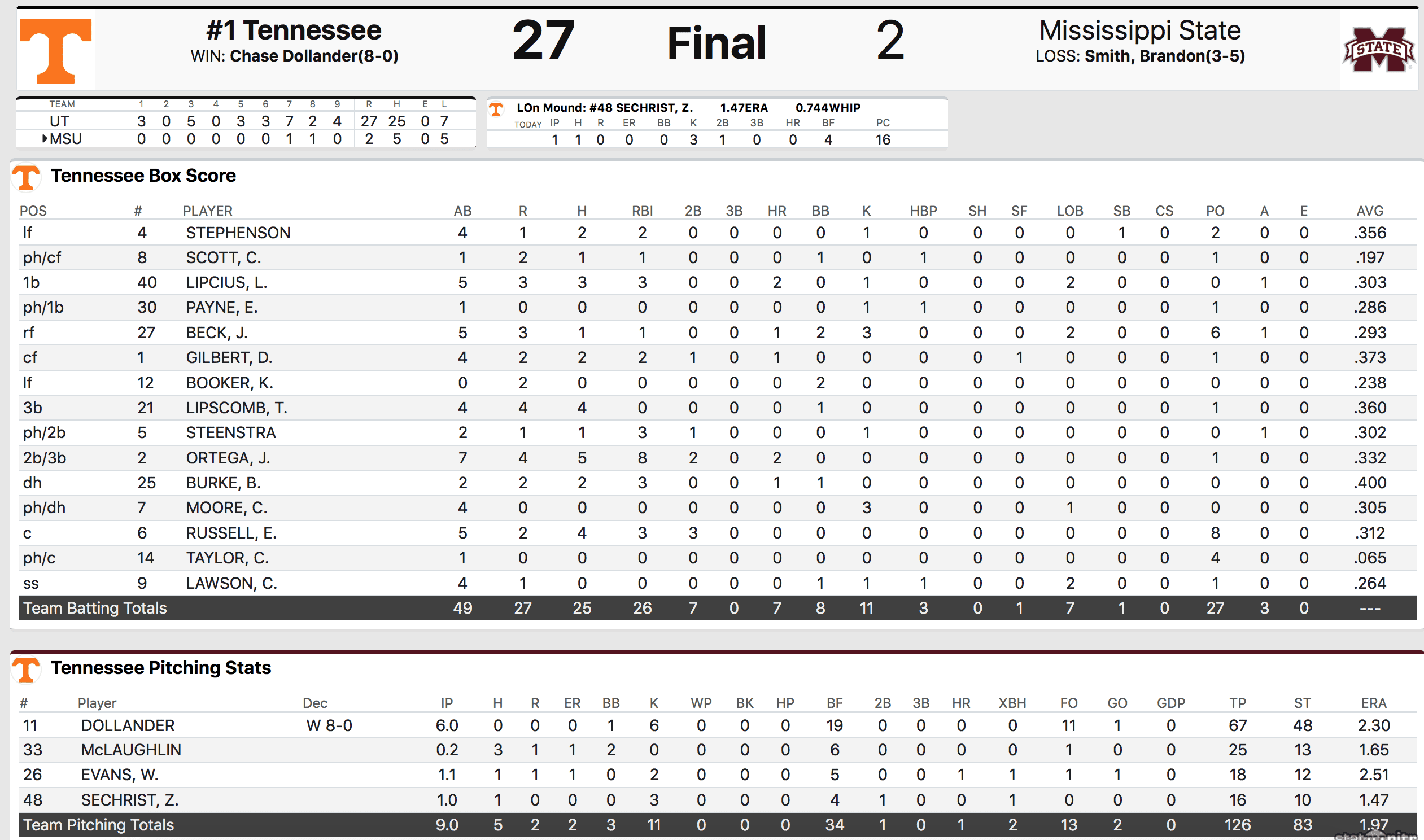 Tennessee is looking to clinch its ninth SEC series victory on Friday night in Starkville. First pitch from Dudy Noble Stadium is set for 7 p.m. ET and the SEC Network+ will stream the game.