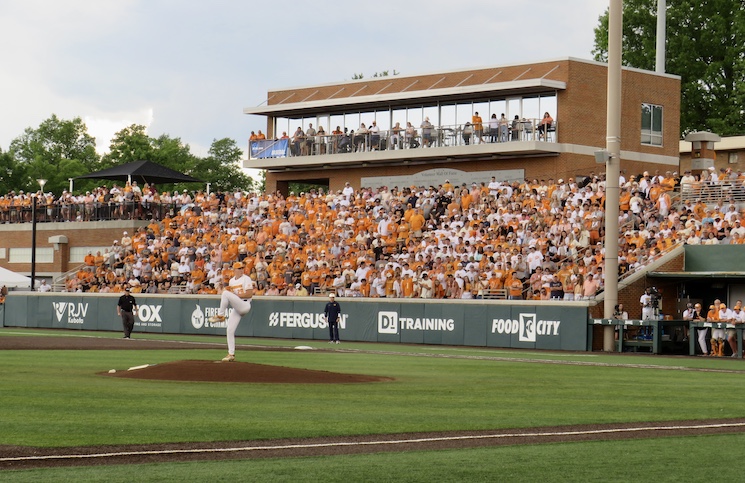 Tennessee baseball lost eight position starters from its 57-9 SEC regular season and tournament championship team a season ago. Tony Vitello and his staff attacked those needs in the transfer portal, landing a four-player class that ranks as the nation’s third best according to Baseball America.

“Tennessee’s class is on the smaller side, especially once it had some incoming transfers opt for professional opportunities instead of another year of college baseball, but what it lacks in numbers it makes up for in quality with three of the top 20 transfers in this cycle,” Baseball America’s Joe Healy wrote.

Kansas shortstop Maui Ahuna is the prized jewel of the Vols’ transfer class, transferring to Tennessee after Kansas coach Ritch Price retired. Ahuna was a All-Big 12 selection after hitting .396 with 48 RBIs.

Cincinnati outfielder Griffin Merritt was the last addition to Tennessee’s roster this offseason. The left fielder earned AAC Player of the Year honors after hitting .315 with 19 homers.

Third baseman Zane Denton transferred back to the Volunteer State after spending his first three seasons at Alabama. The Brentwood, Tennessee native hit .263 with 13 home runs for the Crimson Tide a season ago including a pair of home runs in Alabama’s series opening win in Knoxville.

Charlotte pitcher Andrew Lindsey didn’t pitch for the 49ers in 2021 after transferring from Walters State the year before. Lindsey posted a 6-2 record and 4.89 ERA in his lone season at Charlotte.

Two of Tennessee’s top transfers never made it to campus. UConn two-way star Reggie Crawford signed with the San Fransisco after the Giants selected him in the first round of the 2022 MLB Draft.

The Tigers have been the preseason No. 1 ranked team with Tony Vitello’s sixth Tennessee team closely behind at No. 2.