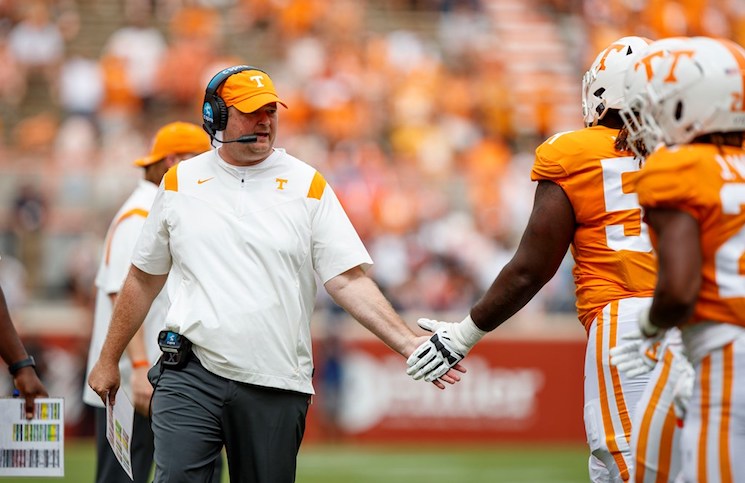 Tennessee improved to 3-0 on the 2022 season, dominating Akron, xx-xx, inside a sold out Neyland Stadium Saturday night.

The Vols offense stalled out on the first drive of the game before scoring touchdowns on xx straight drives.

It was a career game for Jalin Hyatt who caught five passes for 166 yards and two touchdowns in the lopsided win.

“No shortcuts,” Heupel said of Hyatt. “A guy that wanted to be great a year ago and then worked to be great this entire offseason. Confident, understands, I trust him. Our coaching staff trusts him. If he’s telling you something he sees on the field, you can take it to the bank. He understands what we’re doing and has made a bunch of big time plays. His best football is still out there and he’s going to keep chasing it.”

Hyatt and the rest of the offensive starters day ended following the opening drive of the second half. With Hooker in the game, Tennessee scored six touchdowns on seven drives.

The Vols defense made easy work of Akron, allowing just six points on 13 possessions while recording 11 tackles for loss and one turnover.

One of the game’s biggest stories was Jabari Small and Cedric Tillman leaving the game with injuries. Heupel addressed those injuries, the game’s chippiness and more following the win.

Here’s everything Josh Heupel said after Tennessee improved to 3-0 on the season.