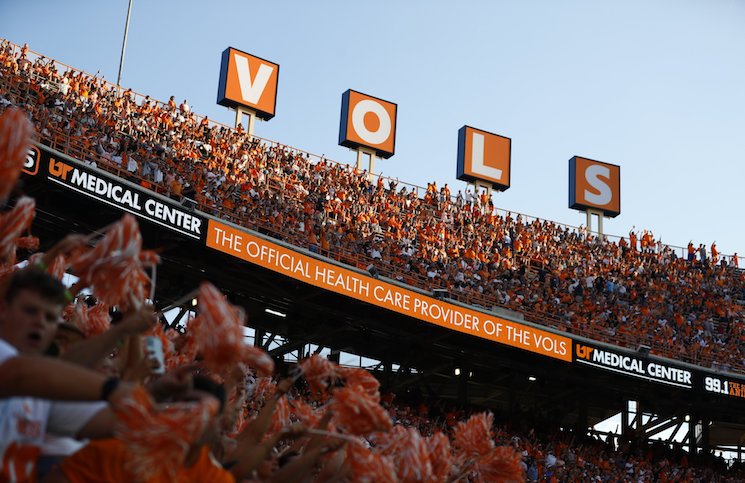 The Vols have lose five straight and 16 of the last 17 against Florida but find themselves in an unfamiliar spot this season. Tennessee is 10.5-point favorites over the Gators in the highly anticipated matchup.

It’s a simple key and one that you could write for any football game ever played. It cuts straight to General Neyland’s first maxim “the team that makes the fewest mistakes will win.”

The turnover battle cuts different in this game. Tennessee is the better team. Florida has an offense that’s been unimpressive for much of the season.

When you look at this game with the last 17 years in mind, making sure Tennessee doesn’t give Florida any free points or short fields feels very important. Tennessee needs to make Florida’s offense earn everything it gets.

The good news for Tennessee is that Hendon Hooker protects the football as well as any quarterback in the country. The Vols have to avoid the fumbles and special teams mistakes that plagued them at Pitt.

On the flip side, Florida quarterback Anthony Richardson has been mistake prone.

Things set up for Tennessee to win the turnover battle at home. If they do, I have a hard time finding Florida’s path to victory.

More From RTI: Tony Vitello Is Ready For Florida

Don’t Let Anthony Richardson Beat You With His Legs

Last season, Emory Jones, Bryce Young and Matt Corral all had their best running games of the season against Tennessee. Stetson Bennett was a yard away from his best game and Will Levis turned in his second best rushing performance against the Vols.

That’s Florida’s path to offensive success against Tennessee. Anthony Richardson is a dynamic runner who can make teams pay on designed runs or quarterback scrambles.

Richardson is averaging 7.3 yards per rush in his Florida career and totaled 106 rushing yards in the Gators’ win over Florida.

The first year Florida starting quarterback has the capabilities of beating Tennessee with his legs.

Here is the good news for Tennessee: Richardson appears to be banged up. Florida hasn’t said as much but the Gators have been much more cautious running Richardson the last few weeks. After using six designed quarterback runs against Utah, Florida used just two total against Kentucky and South Florida.

The Gators have a poor back up quarterback situation and do not want to deal with a Richardson injury.

Florida’s best offensive threat is Richardson’s running ability, if Tennessee can take it away they have a clear path to victory.

Tennessee’s run game has been hard to figure out this season in large part due to the vast differences in rush defenses they’ve faced. Pitt — who has one of the best run defenses Tennessee will face — shut down the Vols’ rushing attack.

The Vols ran well against Ball State and Akron but that’s to be expected.

Florida presents the opportunity for a true “get right” game for Tennessee’s rushing attack into the heart of SEC play.

The Gators’ run defense has been a weakness this season ranking 13th in the SEC by giving up 195 yards per game.

Jabari Small and Dylan Sampson are both expected to play after exiting last week’s win over Akron with an injury, but my emphasis is on Hendon Hooker’s legs.

Utah’s Cameron Rising and USF’s Gerry Bohanon each ran for over 100 yards against Florida. We saw the Vols use Hooker’s legs against Pitt. I think we see the same thing — with more success — against Florida.

A strong rushing attack would take some pressure off Tennessee’s passing game which could be without star receiver Cedric Tillman.

If Tillman doesn’t go, Tennessee needs to win first down. A strong rushing attack would go a long way in that regard.