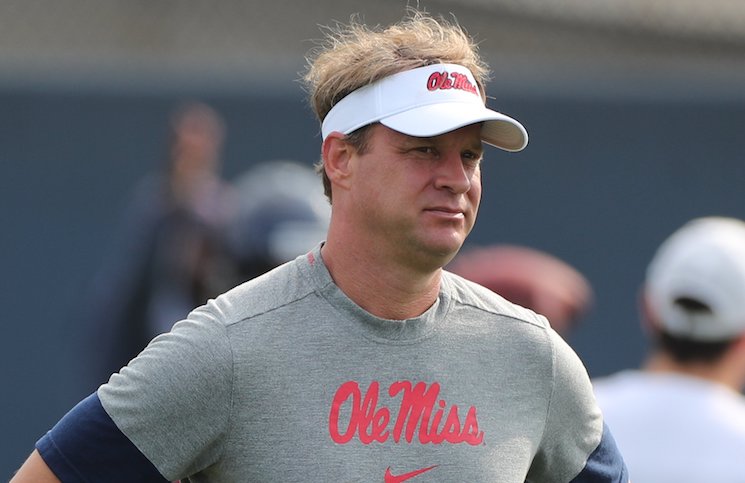 Lane Kiffin will no longer beg Ole Miss fans to attend games on social media. The third year head coach is tired of the lack of pre game and second half attendance at Vaught Hemingway Stadium and expressed his frustration ahead of the Rebels top 15 matchup against Kentucky Saturday.

“When you come back out and you run out the tunnel it looks like, you know, a high school game playing in a college stadium— you can’t let that affect you,” Kiffin said. “I’m worried about what I can control. I’ve tried social media in here for two years so we’ll worry about what we can control and that’s getting our players ready to play.”

The full video and quote is below as Kiffin explains the psychology of staying on edge before playing a game with a lack of fan support.

"When you come back out, run out of the tunnel and it looks like a high school game, you can't let that affect you. I've tried social media for two years but I'll worry about what I can control"

Kiffin has led Ole Miss to tremendous success in his two-plus seasons as head coach. The Rebels went 5-5 in the all SEC play 2020 season before going 10-2 and falling to Baylor in the Sugar Bowl a season ago.

The trip to the Sugar Bowl marked Ole Miss’ third 10 win season since 1971.

Ole Miss lost star quarterback Matt Corral to the NFL but is back in the top 15 this season after starting 4-0 largely due to a weak strength of schedule. The Rebels face their first major test of the 2022 season Saturday when they host Kentucky to Vaught Hemingway Stadium.

Given his quick success in Oxford, Kiffin’s complaints about lack of fan attendance are very fair . They’re all too sweet to Vol fans after his abrupt exit from Knoxville 13 years ago.