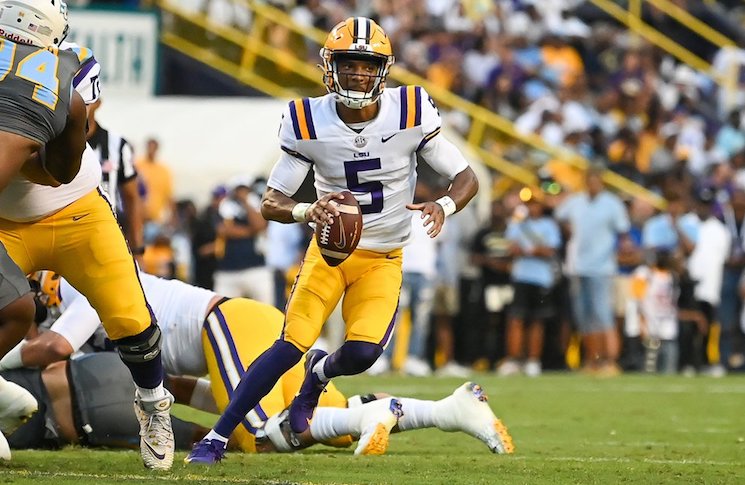 LSU quarterback Jayden Daniels exited the Tigers’, 21-17, win over Auburn with a knee injury Saturday night. The Arizona State transfer quarterback exited the game in the fourth quarter not to return while head coach Brian Kelly expressed optimism about his future availability postgame.

Kelly said there was no structural damage in the knee but since Daniels was limping they felt it best not to put him back in the game. The first year LSU coach said he believes Daniels will be “okay”.

The dual threat quarterback completed eight-of-20 passes for 80 yards while adding 59 yards and a touchdown on the ground in the win at Auburn.

The 6-foot-3 Daniels has been solid for the Tigers this season, completing 68% of his passes for 915 yards, six touchdowns and zero interceptions. Daniels has been most effective with his legs, tallying 321 rushing yards and three rushing touchdowns five weeks into the season.

Tennessee has injury questions of its own ahead of the SEC road test. Most notably, star receiver Cedric Tillman is questionable with an ankle injury as is running back Dylan Sampson and cornerbacks Dee Williams and Warren Burrell.

Kick off from Tiger Stadium is at noon ET while ESPN will broadcast the game.