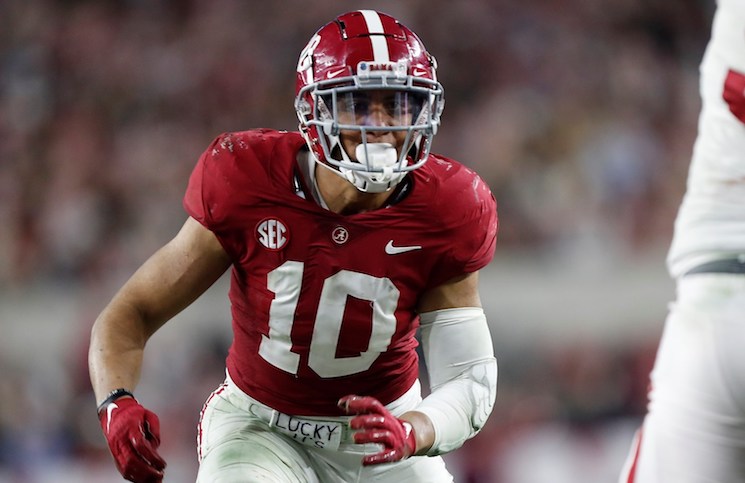 Tennessee football players and Henry To’oTo’o have said all the correct things about one another in the year-and-a-half since the former Vol linebacker transferred to Alabama.

Tennessee’s upset win over then-No. 3 Alabama showed some of the true emotions between both sides. Tennessee tight end Princeton Fant mocked To’oTo’o’s “it’s business” celebration that was the theme of Alabama’s hype video for the Third Saturday in October.

“It was definitely motivation,” Fant said of the hype video Monday morning. “It’s nothing personal at all it’s just business.”

Fant used the exact line To’oTo’o did while narrating the hype vide, a further indication that there are some hard feelings between the two sides.

Both To’oTo’o and Tennessee offensive players were quick to talk trash to one another during the game Saturday afternoon.

More From RTI: Is Tennessee Teasing All Black Uniforms For Halloween?

The loss clearly hit home for To’oTo’o who met with the Alabama media following the game.

“We didn’t execute,” To’oTo’o said. “Shot ourselves in the foot all game.”

The loss clearly shook To’oTo’o and the senior was on the verge of tears while addressing the loss. A local reporter asked To’oTo’o if this loss hurts even more due to his time in Knoxville and the linebacker simply looked to the future.

“We’ll see them again,” To’oTo’o said. “The season is not done. We got a long season left.”

To’oTo’o said “we’ll see them again” three separate times in his two minute postgame availability. While Tennessee and Alabama could see one another again there’s no guarantee.

To’oTo’o tallied eight tackles while dropping an interception on a tipped pass. To’oTo’o’s 46.0 pro football focus grade was the second lowest of any Alabama player and the lowest of any player who played 30 or more snaps.

Alabama returns to the field this week against Mississippi State while the Vols host UT-Martin to Neyland Stadium at noon ET.