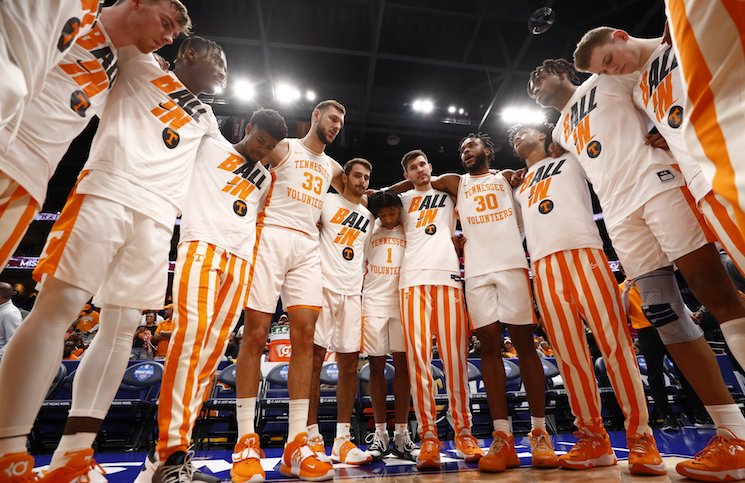 Tennessee men’s basketball is No. 11 in the Preseason AP Top 25 after winning 27 games, the SEC Tournament and making a run to the Round of 32 a season ago.

The Vols are one of five SEC teams in the poll, coming in behind No. 4 Kentucky and No. 10 Arkansas and ahead of No. 15 Auburn and No. 20 Alabama.

KenPom released its preseason rankings Sunday morning with Tennessee coming in at No. 4.

The Vols spent the entirety of the 2021-22 season in the top 25, opening the season as the No. 18 team. Tennessee fell as low as No. 24 in the weekly poll and climbed as high as No. 5 following its SEC Tournament victory in Tampa.

The Vols brought in a four-man recruiting class and one graduate transfer. Five-star small forward Julian Phillips and Indiana State Tyreke Key have impressed and look poised to make a major impact on this season’s team.

Rick Barnes’ eighth Tennessee team has an abundance of talent on the wing and at guard as they search for a second point guard besides Zeigler and more consistent interior play this season.

Tennessee plays eight games against preseason top 25 teams with six coming in SEC play. The Vols also travel to Tucson to face No. 17 Arizona and host No. 12 Texas to Knoxville for the Big 12/SEC Challenge the last Saturday of January.