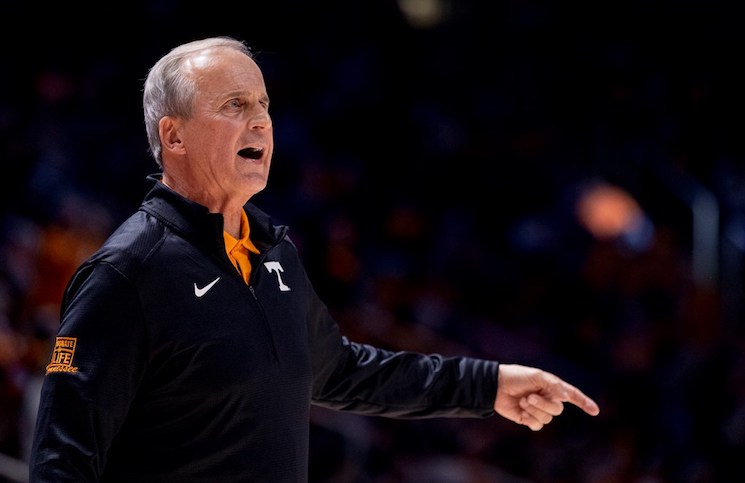 Barnes discussed what has excited him the most about his team in the first three weeks of preseason practice.

“A team that’s willing to share the ball and move the ball,” Barnes said. “We take a lot of pride in assisting on baskets. We do think we can shoot the ball consistently well.”

The eighth-year Tennessee head coach also discussed where his team’s at defensively, big picture college basketball questions and much more.

Vescovi hit on an abundance of topic including what the feedback from NBA teams was when he went through the NBA Draft Process last spring.

“The main two things I got at the workouts was one: they wanted to see me more on the ball. Making decisions either pick-and-roll or that type of stuff,” Vescovi said. “And then show a little bit more athleticism. Those were the two things they told me they want to see out of me this year.’

The Preseason All-SEC First Team shooting guard also touched on his team’s unfinished business, the blend of newcomers and much more.

James discussed what the excitement of what he’s learned about this team in preseason practice.

“We’re going to be really good,” James said. “I know that for a fact.”

The versatile forward also discussed the excitement of Tennessee football’s win over Alabama, the development of the big men and much more.

Tennessee begins its 2022-23 season on Nov. 7 against Tennessee Tech.