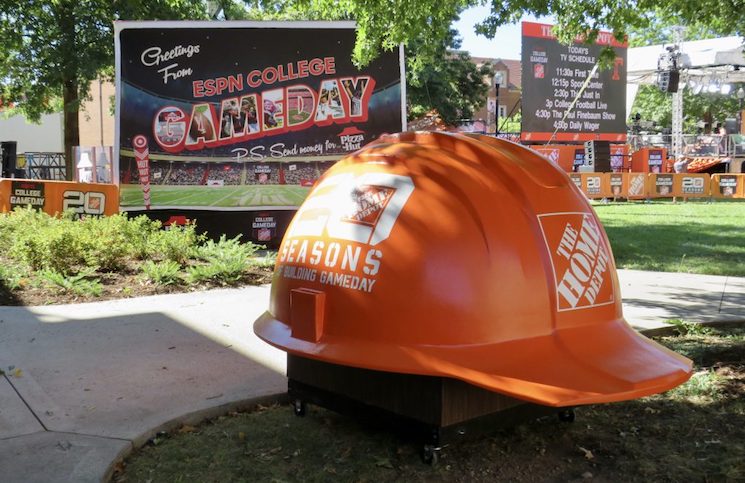 College Gameday is heading to a Tennessee game for the third time this season as the signature ESPN pregame show is heading to Athens for next week’s marquee matchup between the Vols and Georgia.

Either way, the winner of the marquee matchup will be the new No. 1 team in the country.

More importantly, the winner will all but punch their ticket to the SEC Championship game in Atlanta.

Georgia is the defending national championship and has won five straight in the series dating back to Tennessee’s Hail Mary victory in Athens in 2016.

This is the third Tennessee game College Gameday has visited this season after the premier college football preview show visited Knoxville for the Vols’ wins over Alabama and Florida.

Tennessee defeated Florida, 38-33, while the Vols won an all time thriller against Alabama, 52-49.

College Gameday begins its broadcast at 9 p.m. ET. The exact location has yet to be announced.

Kick off between Tennessee and Georgia is at 3:30 p.m. ET at Sanford Stadium. Brad Nessler, Gary Danielson and Jenny Dell are on the call for CBS.