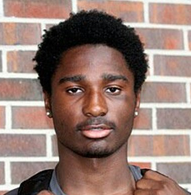 Status
Williams has visited Knoxville multiple times and Tennessee is in good shape for the in-state standout. But offers keep popping up for him and the Vols will have to hold off some of the best programs in the nation to land him. This is going to be another one of those classic Nashville-area recruiting battles that Butch Jones is getting a pretty strong reputation for winning. He’s stated that his mom likes UT – that’s always a good thing for the Vols.

Williams plays both running back and corner at Father Ryan. His most likely home in college, however, is safety, where he would have ideal size and athleticism to be a potential All-SEC player. Remember all the recruiting analysts who thought Jalen Hurd would’ve been a monster safety prospect if he wanted to play D? Though he’s not quite as big, we see some of that same potential in Williams, except we do think he ends up on that side of the ball. He should be one of the top targets for UT in 2016.