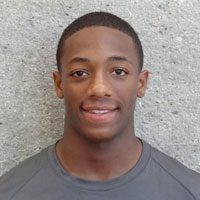 Status
Dorian Banks was offered by Tennessee in June of 2013 and committed in February (2014) after multiple visits to campus. Since his commitment, he picked up an offer from Kentucky and has camped with multiple SEC programs. He transferred from Sevier County to Gallatin in March.

Banks played running back and corner for Sevier County. He was the leading rusher for the Smoky Bears last season and also returned kicks. He’s definitely an undersized prospect at this point, but he makes up for it with speed and athleticism. With sub 4.5 40-yard dash speed, he’ll be one of the fastest players on Tennessee’s roster. He’s likely to play corner at the next level, but could see some time on offense depending on how much he grows and develops the next two seasons.