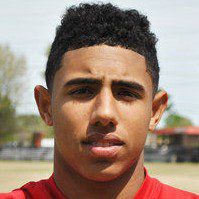 Status
Dale allegedly committed to Nebraska on July 17th. He then claimed on the 19th that he had not committed anywhere and said that he was still considering Florida, Tennessee, Mississippi State, Oregon and Arizona. A weird turn of events that ultimately have Hunter Dale as an uncommitted prospect who is strongly considering Tennessee.

Dale is an absolute terror for opponents from his free safety position. He is an extremely versatile safety, covering some players man to man in certain formations while roaming various parts of the field in others. He is more than willing to help out in run support and has no qualms with sticking his helmet in against bigger players. He has excellent ball skills when quarterbacks try to test him, but also understands the importance of ensuring the tackle in certain situations instead of making a risky play for the ball. He is a head hunter and, in my opinion, is more suited for strong safety at the next level due to his strength, size and willingness to hit.