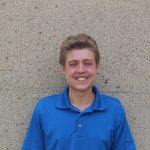 Ryan Schumpert is a senior at the University of Tennessee-Knoxville who has covered University of Tennessee athletics since the moment he stepped on campus. He just completed a three-year stint with the Daily Beacon, the last two of which as the Sports Editor. Ryan also spent last three years at Volquest providing strong Tennessee baseball coverage of Tony Vitello’s resurgent program. While the bulk of Ryan’s responsibilities involved beat coverage and writing, he also recorded podcasts for both the Beacon and Volquest. Did we leave out the part about Ryan interning for the Smokies? Ryan’s work ethic, versatility, and strong writing skills are but three reasons why Vol Nation will be hearing from Ryan for years to come