Tennessee The First Team Out Of AP Preseason Top 25

Tennessee is unranked in the AP Preseason Top 25. However, the Vols may not have to wait long to see a number next to their name. Tennessee earned more votes than any unranked team, making them essentially the No. 26 team in the country. The Associated Press voters followed the lead of the Coaches Poll […] 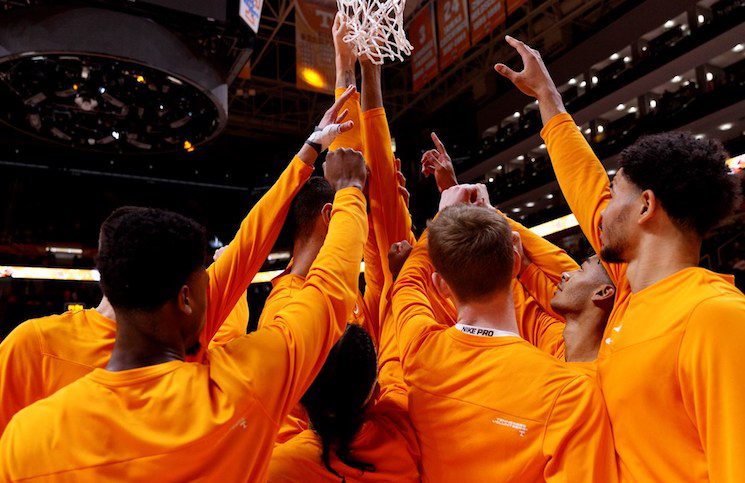 Tennessee’s men’s basketball team jumped from No. 18 to No. 17 in this week’s AP poll. The Lady Vols fell from No. 15 to No. 16 in the women’s poll. Both Tennessee teams went 2-0 in the first week of the season, though the men’s team did so in more convincing fashion. Rick Barnes’ seventh […]

The Vols debuted in the Amway Coaches Poll, and climbed in the Associated Press Poll on Sunday afternoon.

After beginning the season unranked by most, the Vols’ men’s basketball team is now in the top 20 of every national poll in college basketball.

Lady Vols Back in the AP Poll Top 25

For the first time ever, the Lady Vols began a season outside of the top 25 of the AP Poll. But UT jumped back into the rankings on Monday.