Where the SEC Stands in Week Nine Rankings

There are seven SEC teams in the AP Top 25 heading into week nine of the college football season. Georgia, Alabama, and Tennessee have been holding down the top spots from the conference over the last few weeks. However, ever since Tennessee’s win over Alabama in Knoxville, the Vols have been coming in as the […]

The week six AP rankings have provided some of the most movement among SEC teams in the poll since the beginning of the season. For starters, Alabama and Georgia have once again swapped the top two spots in the country after Georgia’s narrow win over Missouri and Alabama’s strong win over Arkansas. For the first […]

Where the SEC Stands in Week Five AP Rankings

For the first time this season, an SEC team has officially fallen out of the AP Top 25. After Tennessee defeated Florida in Knoxville on Saturday, the Vols have pushed the Gators out of the poll. The SEC began the year with six teams in the Top 25 AP rankings: Alabama, Georgia, Texas A&M, Ole […]

Where the SEC Stands in Week Four AP Rankings

The SEC began the 2022 college football season with six teams ranked in the AP poll: Alabama, Georgia, Texas A&M, Arkansas, Ole Miss, and Kentucky. Tennessee and Florida would enter the Top 25 in week two, bringing the SEC’s total of ranked teams to eight. The same eight were included in the week three rankings, […]

Tennessee keeps moving up in the polls following the program’s first 3-0 start since 2016. The Vols moved up four sports in both the USA Today Coaches Poll and the AP Top 25, lanidng at No. 12 in the coaches poll and No. 11 in the AP poll. The Vols made quick and easy work […] 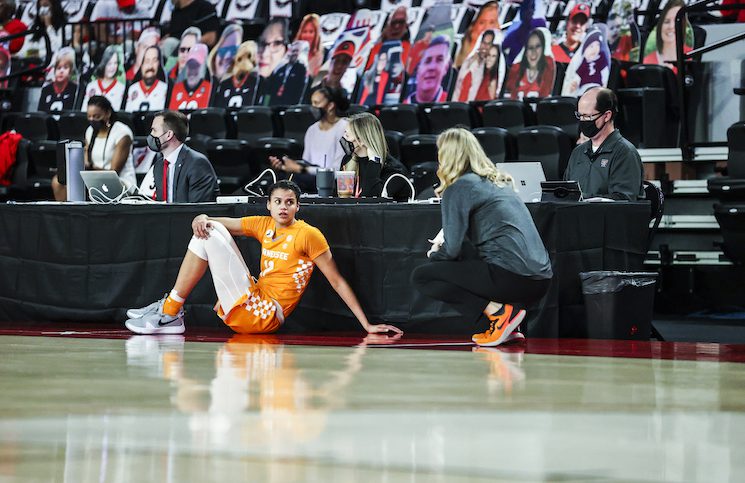 For the first time this season, Tennessee’s men’s basketball team are ranked in the top 25 of the AP Poll.

Tennessee finished No. 22 in the final AP Poll. three spots ahead of where the Vols started in 2015.