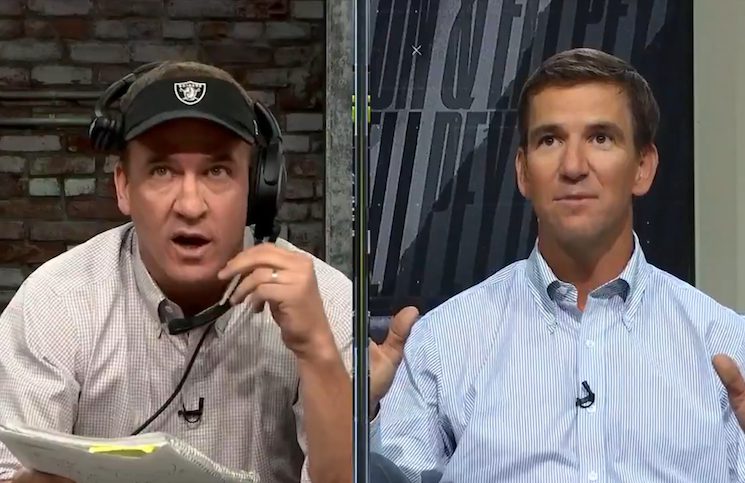 Peyton Manning, an All-American at Tennessee in college, a two-time Super Bowl Champion in the NFL, a host of multiple TV shows, and now, an NFL broadcaster. Is there anything he isn’t up to these days? Manning was alongside his brother, Eli Manning, for ESPN’s first Monday Night Football MegaCast in week one. From remote […]

Monday Night Football analyst Jon Gruden was asked about all the “Grumors” that always surround him, and he finally addressed them.

Jon Gruden Gets Trolled by Co-Host About Vols

Jon Gruden was trolled by his Monday Night Football co-host, Sean McDonough, about the Vols’ head coaching position during a game on Monday.

Report: Tennessee Has Reached out to Jon Gruden

According to Jason La Canfora of CBS Sports, Tennessee has reached out to Jon Gruden and has had discussions with him and a possible package deal.

Sean McDonough, Jon Gruden’s partner on Monday Night Football, weighed in on his thoughts about Gruden going to Tennessee.

UPDATE: Jon Gruden Was Not with Peyton Manning in Knoxville

There’s been an update, and it appears Jon Gruden wasn’t with Peyton Manning in Knoxville on Saturday.

Jon Gruden was reportedly with Peyton Manning on Saturday as the two met with several others at a local restaurant.

Johnny Majors on Gruden: “One of the Best Coaches I’ve Ever Had”

According to Tennessee legend Johnny Majors, Jon Gruden was one of the best coaches he ever had on his staff while at Tennessee.

The RTI Podcast discusses the myriad of Grumors and brings on veteran scout Chris Landry to discuss his take on Jon Gruden and the Vols’ coaching search.

According to multiple reports, Tennessee has increased their pursuit of Jon Gruden as the Vols’ next head football coach.