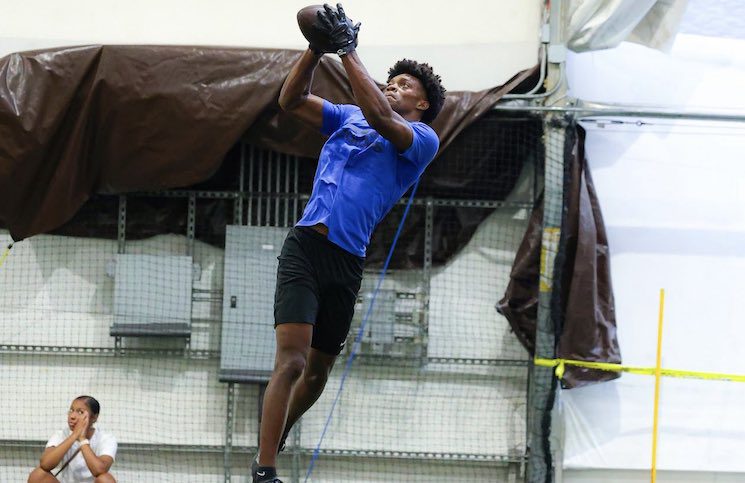 Jordan Matthews, a Tennessee target and four-star cornerback prospect in the class of 2023, announced his commitment on Monday. Surrounded by his friends and family, Matthews announced his decision to attend Tennessee over Texas and Michigan. Matthews’ announcement came in a press conference format at a jam-packed Woodlawn High School. The Jordy Culotta Show broadcasted […]

Four-star Jordan Matthews will announce his college commitment on Aug. 15, the cornerback announced on Twitter Thursday. Matthews is deciding between Michigan, Tennessee and Texas as the Vols looked to add what would be their highest rated defensive back in the class. Decisions…〽️🤘🏽🍊 pic.twitter.com/FEGFL35SDV — Jordan Matthews (@JMatthews_07) August 4, 2022 Matthews ranks as the […]