Juwan Howard on starting Big Ten Play Tennessee turned in one of the worst shooting performances in recent program history as the Vols fell to Texas Tech, 57-52, in overtime at Madison Square Garden Tuesday night. The Vols offense struggled to get to open looks at the basket for most of the evening thanks to […] 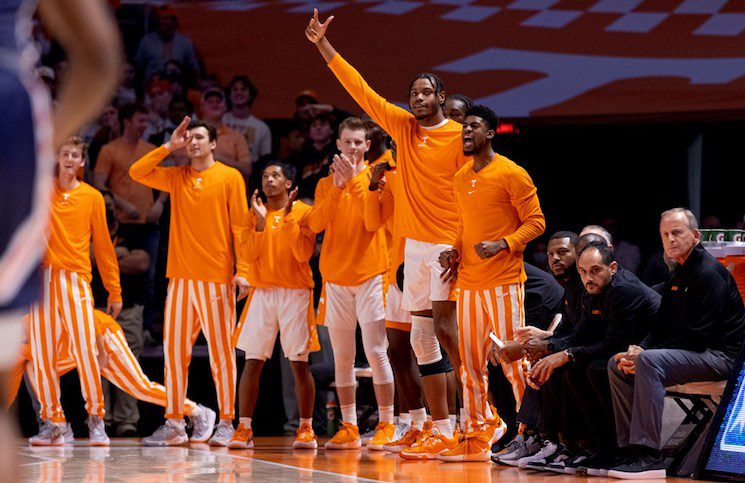 Tennessee dropped its second game of the 2021-22 season Tuesday night, falling to Texas Tech in a horrible offensive basketball game. The Red Raiders earned their first win over a power five team with a 57-52 overtime  victory at Madison Square Garden. Here are three quick takeaways. A Dreadful Offensive Game Texas Tech is a […]

Tennessee head coach Rick Barnes and power forward Olivier Nkamhoua talked to the media over Zoom Thursday before the Vols hit the road for a two-game road trip. First up on the road trip is the Vols’ first true road game of the season, taking on Colorado in Boulder on Saturday. The Buffs are 6-2 […]

ESPN announced the start times of the Jimmy V Classic doubleheader Wednesday. Tennessee and Texas Tech will lead off the event and Villanova versus Syracuse will be the nightcap. The Vols’ matchup with Texas Tech is set for a 7 p.m. ET start from Madison Square Garden. The Tuesday, Dec.7 matchup between Tennessee and Texas […]