Vols schedule neutral-site showdown with No. 1 team in country 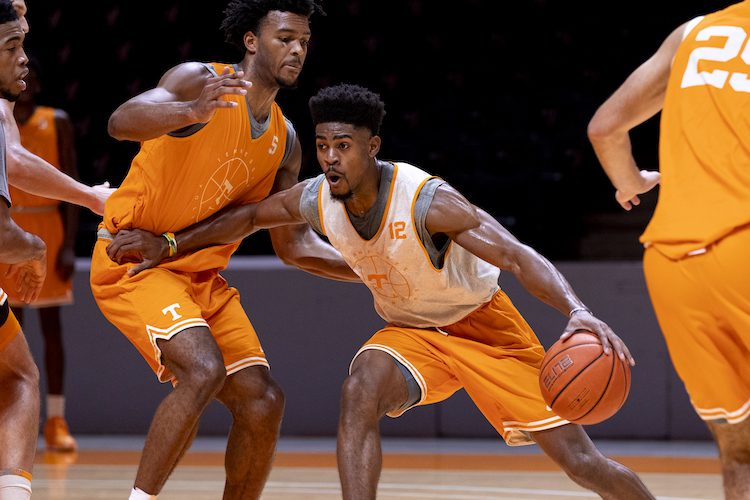 No. 12 Tennessee will play No. 1 Gonzaga next month in a neutral-site showdown.

Tennessee head coach Rick Barnes knew a day like Sunday would happen for Admiral Schofield because of all his hard work in the gym.

Vols’ Defense Looks Good on Paper, but They Aren’t Satisfied

Head coach Rick Barnes hopes the Vols have learned from their emotional mistakes against Kansas as they prepare to play No. 1 Gonzaga on Sunday.

Tennessee basketball team will face another tough, non-conference foe in 2018. According to Jon Rothstein of FanRag Sports, the Vols will face off with Gonzaga this year for the third time in four years. The game will take place December 9, and it’s paired with a matchup between Grand Canyon and Nevada. The two games […]

3 Observations from Tennessee’s Loss to Gonzaga

Tennessee rebounded well after a rough first half against No. 8 Gonzaga, but the Vols’ comeback attempt fell just short in a 86-76 loss to the Bulldogs in Nashville. Here’s three observations from Tennessee’s loss to the Bulldogs: First Half Ugly Once Again Tennessee opened up the game struggling to stop Gonzaga from deep. The […]