There was a pregame incident in Tennessee’s 64-50 win over No. 13 LSU at Thompson-Boling Arena. What exactly happened is unclear. No media members saw the event, but ESPN cameras caught part of the skirmish, mostly jawing between members of both teams and a few coaches. “I don’t know what happened before the game,” Tennessee […]

Tennessee ended a four-game losing streak to LSU Saturday night, leading start-to-finish behind elite defense and improved three-point shooting. The, 64-50, win moves the Vols to 4-3 in SEC play. Vols Come Out Bombing From Deep The Tennessee team that shot 40 threes in its exhibition game and the first game of the season showed […]

Cowboys’ Jerry Jones Answers Question; Can Dak Prescott Win a Championship? As an experienced veteran, Josiah-Jordan James is one of the most critical players on the Tennessee Basketball team. However, during Tuesday night’s game against Vanderbilt, James suffered an injury just minutes into the contest and did not return to the game. According to Tennessee […]

Unlikeliest Of Heroes Step Up For Tennessee Against Vanderbilt

NASHVILLE, Tn — Vanderbilt had just erased an eight-point Tennessee lead in 1:48 of game time. A struggling Tennessee team was at a potential crossroads in the season. A loss would be the Vols’ fourth straight on the road and would drop them to 2-4 in SEC play with a pair of challenging home matchups […]

Baylor May Look To Make A Statement Vs. West Virginia John Fulkerson is out of Tennessee’s starting lineup Tuesday night against Vanderbilt after struggling since contracting COVID-19 during the Christmas break. Junior center Uros Plavsic replaces the Kingsport native. Fulkerson averaged 9.9 points per game in non conference play, scoring in double digits in four […] 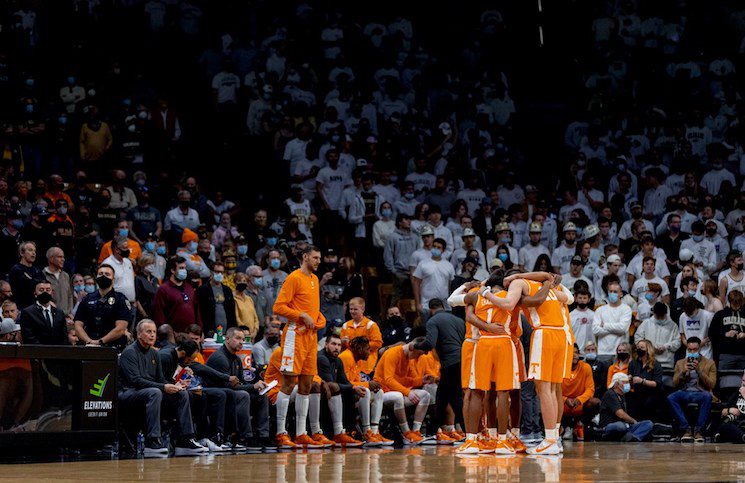 National Championship Alabama Vs. Georgia Player Props Tennessee trailed by 20 points with 14 minutes and change to play in Saturday’s 79-67 loss at No. 21 LSU. And as odd as it sounds, Tennessee had every chance to earn its second road win of the season. Basketball is a complicated game, but some times it’s […]

Cotton Bowl Recap: Alabama Beats Down Cincinnati The Tennessee basketball team and head coach Rick Barnes are back in Knoxville and are working to get everything in line before they host Ole Miss on Wednesday evening. After dropping their first SEC game last week, the Vols are in rebound mode. In a game that saw […]

Tennessee Looking For More Consistency From Its Frontcourt 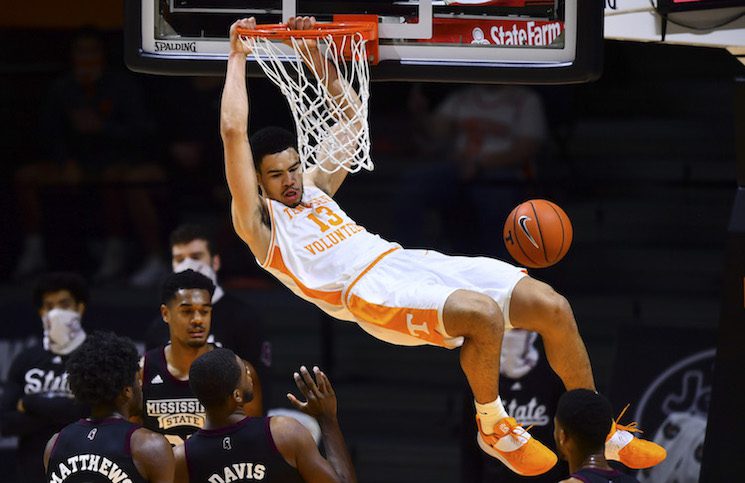 Tennessee basketball tips off a new season Tuesday night at Thompson-Boling Arena. The 18th-ranked Vols are poised to compete for an SEC title this season and fans are eager to see talented newcomers Kennedy Chandler, Justin Powell and Brandon Huntley-Hatfield. The Vols return four players that played over 24 minutes a game last season but […]

Tennessee Center To Raise Money For Charity With NIL Deals 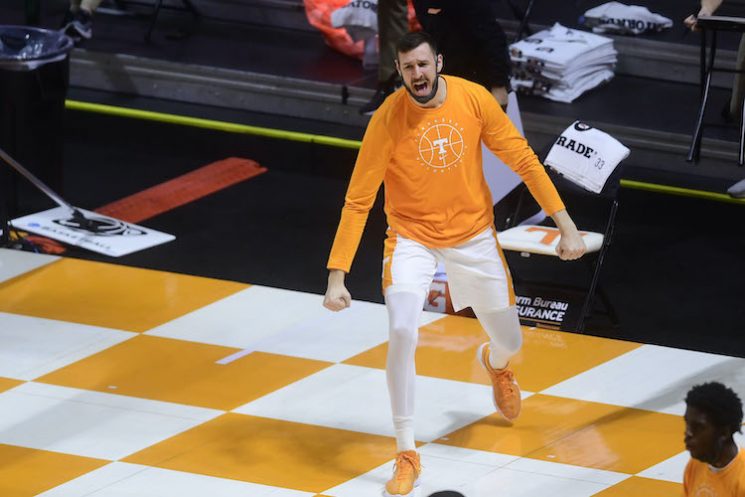 Tennessee center Uros Plavsic is raising money for Knoxville charities by doing NIL deals. The Serbia native is unable to profit off of the NCAA’s new Name, Image and Likeness rules due to his United States visa. However, the 7-foot center and Tennessee’s compliance office figured out a way for Plavsic to do NIL deals, […]