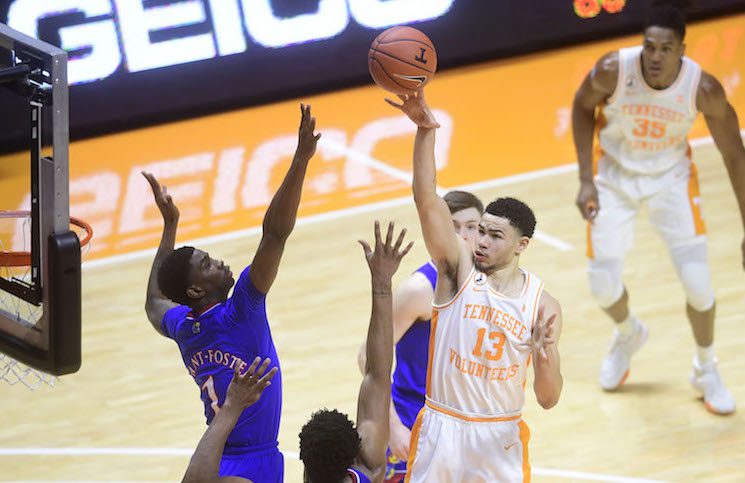 Tennessee falls to Alabama in semifinals of SEC Tournament 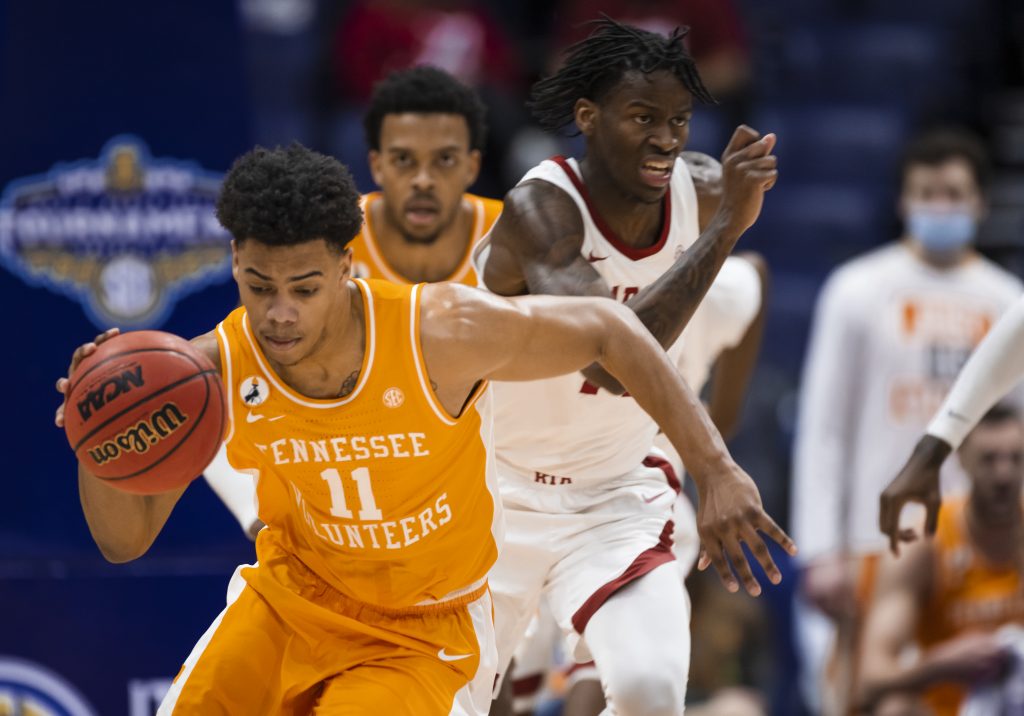 Tennessee fell to Alabama 73-68 in the semifinals of the SEC Tournament on Saturday.

Everything Rick Barnes said about Vols’ win over Appalachian State 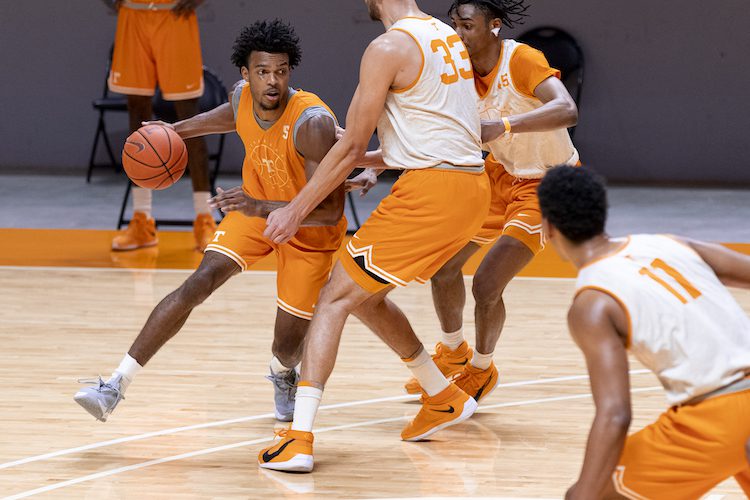 Tennessee basketball practiced in Thompson-Boling Arena over the weekend for the first time in eight months. Here’s a look at the photos.

Takeaways from Yves Pons’ decision to return for senior year

Yves Pons announced his return to Rocky Top for his senior season on Monday afternoon. What does that mean for the Vols? Rocky Top Insider takes a look.

Opinion: Wear Your Masks so Players Can “Wear Our Jerseys”

Vols’ Plavsic Arrives Back in Knoxville

Tennessee redshirt sophomore center Uros Plavsic has arrived back in the United States and will quarantine once he arrives in Knoxville.

Vols head basketball coach Rick Barnes met with the media on Monday to update the status of Josiah-Jordan James and talk about the upcoming Alabama game.

Plavsic: The NCAA “Didn’t Want to Talk to Me”

After his first game as a Vol, transfer center Uros Plavsic discussed how he felt about finally getting cleared by the NCAA and the appeal process.