Hard Work May Pay Off for Chris Weatherd 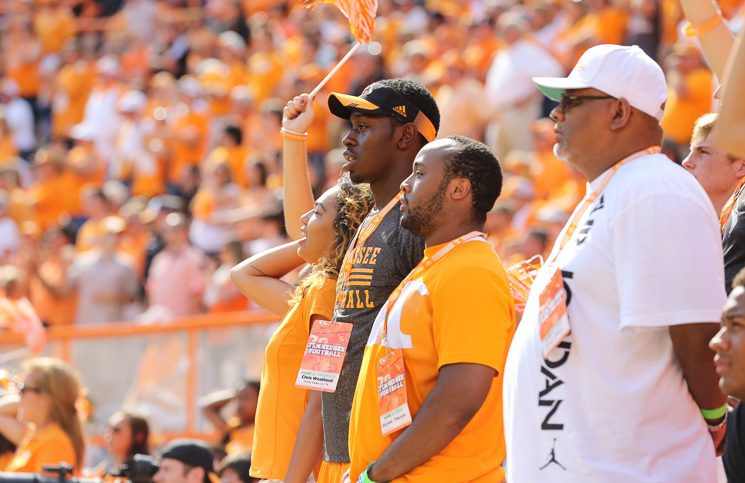 The road has been a long and challenging one for JUCO linebacker Chris Weatherd. He originally committed to Tennessee in May of 2013 with plans to enroll early, but some academic issues left him short the necessary credit hours required to do so. Chris needed to have a strong spring semester and pass some summer courses at Trinity Valley Community College in Athens, TX before he would be able to enroll at Tennessee.

Chris admits he was a little dejected by the situation at first, but that motivation from family and friends helped him stay focused.

“I put myself in this situation,” Weatherd told RTI. “I actually hung my head a little bit at first, but there was nobody to blame but myself. I was pretty down about it but my mom gave me a pep talk. She just told me to get my chin up…that we’ve been down before but that we always come back stronger. So that’s what I did. I went to work.”

Weatherd –  rated by some services as the nations best junior college linebacker in the 2014 class – accepted full responsibility for his circumstances and went to work in the classroom, even if that meant long nights of studying while his friends and teammates were out having fun. He had help though, as his future teammates in Knoxville were constantly in his ear urging him to stay focused and reminding him how much he would be needed when the Vols started practice in August.

“Joe Henderson, Dewayne Hendrix, Curt Maggitt, A.J. Johnson , Derrell Scott, Ray Raulerson – a bunch of guys. We were talking all the time and they were motivating me, telling me how much they needed me. It was great. It was great to have my teammates help me. They helped me challenge myself and I’m really proud of myself, honestly, it feels good to have it done. Now I’m just ready to get back to Knoxville and make a big impact on the field.”

Weatherd also received motivation and encouragement from his future coaches. The men who had recruited and earned his trust throughout the process weren’t ready to give up and him; something that meant a lot to Chris.

“I keep in touch with the coaches, Coach Jancek and Coach Jones. They kept telling me to keep my head down, keep my work up and to stay focused on all I needed to do. They were always motivating me to get my work done so I could make it. These coaches cared. They always tried to motivate me and they made sure that I was doing what I needed to do to get on Rocky Top. Now I’m just ready to get to Tennessee and be able to contribute right away. Its been a long ride. Over a year.”

The wait may be a little bit longer for Weatherd, still. He is still awaiting clearance to enroll for the fall semester since he missed the start of the second session of summer school. A detail that doesn’t seem to concern him.

“I have to wait until camp (August 1st) just to make sure there are no unforeseen hold ups, but I’m ready to go and everything should be good. I’m actually really excited for myself. I passed all of my classes with A’s and B’s and it felt really good.”

Turning his attention to football is something that Chris has been waiting for, and his hard work in the classroom has enabled him to do so. But, while he certainly expects to make an impact this fall, he also knows that he will have to play a little catch-up when he arrives to campus.

“I’ve got to get the defense down, learn the coverages and just get a jump start on the defense as a whole. They said that they need me at linebacker, so I’ve got to be ready to help. They also said that they may have me with my hand in the ground to rush the passer on third downs or obvious passing situations, but I’m not exactly sure yet. I’m just ready to get started.”

Weatherd admits he hasn’t been able to work out this summer as much as he had initially planned, but also realizes that the trade was well worth it.

“Ive been able to get some work in every now and then on my own, but I haven’t worked out as much as I wanted to because I’ve been so focused on my academics. That was my focus. But I’ve stayed quick and I haven’t lost any speed. Iv’e still been able to get in some conditioning, that’s a big plus. They recruited me for speed and quickness so I didn’t want to lose it.

“I’ll probably have to get bigger, maybe add 15 or 20 pounds once I get up there, but they can probably put that on me in a couple of weeks. I’ve been eating like crazy though,” he laughed. “I didn’t want to show up too skinny.”

Weatherd said that he plans to be in Knoxville soon to get moved in and get better acquainted with his teammates and coaches – a sign that he and Tennessee feel confident that he will be a part of team 118 by the time practice begins. Vols defensive coordinator John Jancek recently echoed that optimism by stating that he and the other coaches are expecting Chris to be enrolled for the fall semester.

Weatherd will enroll as a junior with two seasons of eligibility.