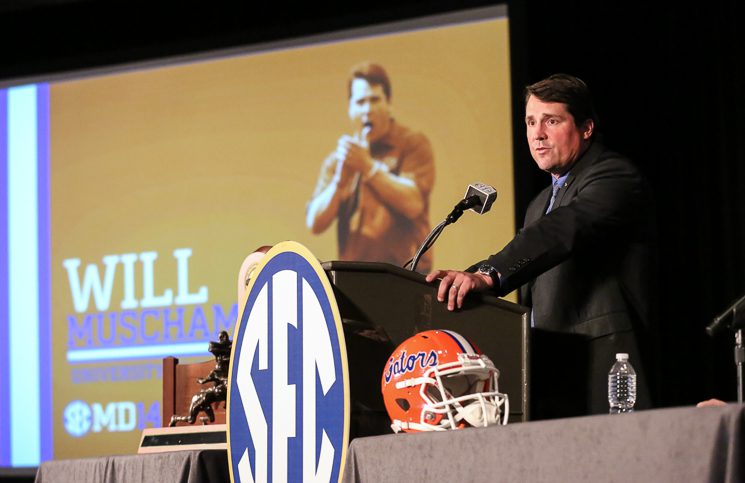 Maybe you tried to forget, but it was a memorable appearance. After a disastrous, injury-riddled 5-7 campaign in 2011, he knew his back was against the wall, yet also felt like he had the tools to fight his way off it.

“It’s been a tough four years in Tennessee,” Dooley said in the main ballroom in front of hundreds of media members in 2012. “The SEC has enjoyed taking advantage of our tough times. But there’s a nice mood on our team right now that you’re not going to have Tennessee to kick around anymore.”

His statement proved to ring hollow after the Vols were, indeed, kicked around during another 5-7 season. But hindsight is, after all, 20/20. Dooley had reasons for that confidence at that time.

He had an experienced quarterback returning in Tyler Bray. The pass-catching group, led, at the time by Da’Rick Rogers, a healthy Justin Hunter, Mychal Rivera and an emerging Cordarrelle Patterson, looked stacked. A junior-heavy offensive line was starting to gel. Dooley also banked on the defense progressing under a new coordinator, Sal Sunseri. 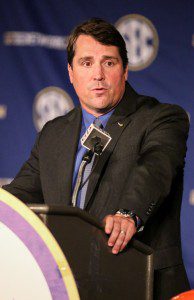 Fast forward two years later and it’s Florida coach Will Muschamp, another Saban disciple and friend of Dooley’s, in a similar situation – trying to fight his way off the hot seat, employing a new coordinator and hoping the prior season was more fluke than a sign of things to come.

Muschamp, coming off a 4-8 season that included a loss to Georgia Southern, a team they actually paid $550,000 to beat them, acknowledged the hot seat talk very quickly in his filibuster-like, 13-minute introductory statement on Monday afternoon.

“There will be a lot of chatter about hot seat business,” Muschamp said. “That’s part of it. The way you combat that is having a winning football team and winning football games, which is what we’re going to do.”

And Muschamp, like Dooley in the summer of 2012, thinks he has the personnel to turn it around. The defense has a chance to be stout with returning stars such as cornerback Vernon Hargreaves III and defensive lineman Dante Fowler Jr. There’s a quarterback – Jeff Driskel – that’s returning healthy. A lot of the offensive playmakers will be back. The offensive line is progressing as well after getting hit hard with the injury bug last season.

“What excited me the most is that this is probably the most talent we’ve had on offense in my four years at Florida,” he said.

And like Dooley did with Sunseri, Muschamp is breaking in a new coordinator. Offensive coordinator Kurt Roper, a David Cutcliffe disciple and former assistant at UT, Ole Miss and Duke, comes to Gainesville with the task of opening up an offense that was hapless in 2013.

“He’s an outstanding fundamental football coach,” Muschamp said of Roper. “It was good to see our offensive kids having fun again on the field (this spring). Really excited about that.”

Drastic turnarounds are clearly possible in the SEC. Auburn and Missouri proved that last year. Like his friend and former colleague Dooley did in 2012, Muschamp gets his make-or-break opportunity this season.