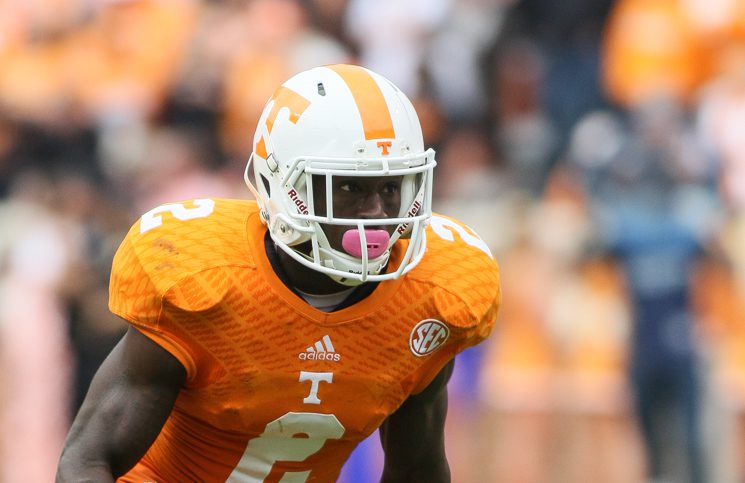 HOOVER, Ala. – When the Vols kicked off spring practice in March, Pig Howard, who led Tennessee in receptions last fall (44 catches for 388 yards and 3 touchdowns), was noticeably absent. It was termed a “leave of absence” by Butch Jones as Howard was “dealing with some personal circumstances.” Details about those circumstances were scarce, but many around the program thought Howard’s career as a Vol was finished.

Why? It wasn’t grades. It wasn’t drugs or suspect off-the-field behavior. After numerous failures to show up on time for meetings, to learn the playbook and to take care of himself physically outside of UT’s workout program, his commitment to both the game of football and his team was in doubt. So the coaches and the “player-staff” (composed of leaders within the team) made the tough decision to remove Howard from the team with the hopes that space would provide the opportunity he needed to find his way and start maximizing his considerable potential. That has proven to be the correct decision.

While any inquiry into Pig’s status was met with pessimism throughout spring practice, the tide started to shift as summer approached thanks in large part to newfound dedication from Howard. His hard work didn’t go unnoticed, and, without question, he started to win the trust of his coaches and teammates back with his best few months as a Vol.

Butch Jones even used his SEC Media Days appearance to praise Howard yesterday afternoon. “I’ve been very, very proud of Pig Howard,” Jones said. “That’s part of the leadership and development of our football team. I put it on our player staff. Pig has changed his body makeup. He’s in the best shape he’s ever been in. Our players have embraced him, they’ve held him accountable and Alton has done a great job to date.

“You always have certain circumstances in life, and they can change your life. They can make you better, or they can make you worse. “I think this is a circumstance that has made Alton better…Alton Howard is very, very, very talented, and he’s put himself in a position right now to have a very good football season coming up.”

A few hours later, Jones let it slip that Howard, after months away from the team, “is back on our football team.”

Pig’s not only back, but word around the program is he’s starting to realize his immense potential—a scary proposition for the rest of the SEC considering the talent Tennessee will pair with him at receiver. Remember how instrumental Howard’s play was in UT’s upset of South Carolina and near-upset of Georgia last year? Those were the best games the Vols played all season. That’s no coincidence.

Howard needed a wake-up call to become the best version of himself. Now the Vols need that new-and-improved Howard to help them become the best team they can possibly be in 2014.