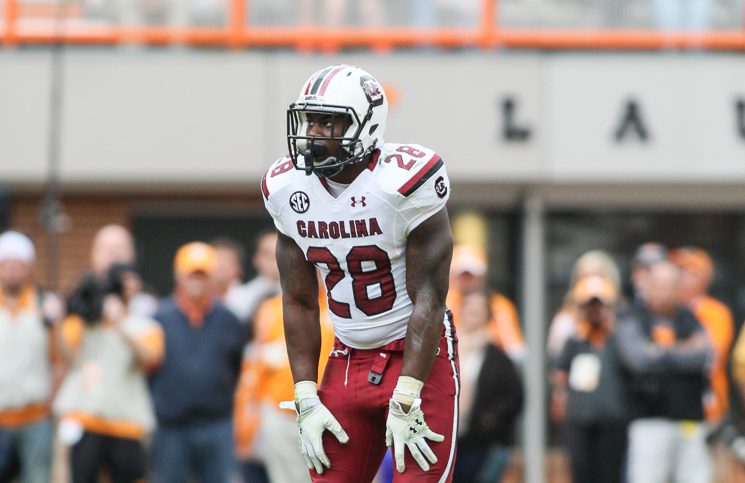 Tennessee’s schedule – one of the toughest in the nation – is always loaded with opposing talent. This season is no different. The Vols won’t face nearly as many elite quarterbacks this year as they in 2013, but the talent of opposing running backs is impressive heading into 2014.

These were selected based on overall talent, NFL chances and personal history against Tennessee.

The Vols dodged a bullet last year when Gurley missed the Tennessee game with an injury. The 6-1, 232-pound running back has 2,374 yards of rushing in two seasons despite missing a few games to injury during that span. He ran for 130 yards on 24 carries against the Vols as a true freshman in 2012.

From a pure talent standpoint, Cooper is tough to top. The NFL scouts love him. Injuries slowed his pace last year after a monster freshman campaign, but he still had five catches for 75 yards and a 54-yard TD reception against UT and finished with over 700 yards on the season. Cooper has more yardage against UT than any other team with a combined 12 receptions for 227 yards and three TDs in two games.

Another talented back in what is a loaded group in the SEC last year, Davis passed the century mark in rushing last year and piled up 137 yards and a touchdown against UT. With another year or experience and a quality offensive line returning, he has a chance for another big year. 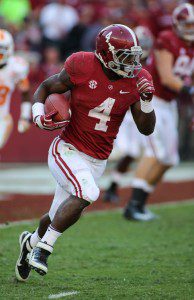 One of several talented options in Alabama’s backfield, Yeldon should be the top choice for the Tide as he enters 2014 with 382 carries for 2,343 yards and 26 touchdowns. He found the end zone three times on just 15 carries against Tennessee in 2013 after putting up 129 yards on the Vols in 2012.

Fowler made a name for himself against Tennessee last year, recording a sack, 3 TFLs and forcing two fumbles in Florida’s win. He enters 2014 as a Preseason First-Team All-SEC selection and is the next in the line of talented Florida D-linemen. If UT’s veteran O-line struggled with him last year, that’s a scary thought for the new group in 2014.

If not for a torn ACL that cut his season short in 2013, Keeton might be higher on this list. When healthy, he’s one of the more dynamic players in college football. He’s been cleared for the fall and should be virtually full strength in the season opener against the Vols. His last full season – 2012 – he threw for 3,373 yards and rushed for 619 and added 36 total TDs. With the success of QBs such as Russell Wilson in the NFL, scouts have a close eye on Keeton this year.

The undersized outside linebacker plays all over the field for the Sooners. He collected 6.5 sacks, 10.5 TFLs and regularly helping in coverage in his first season as a full-time starter in 2013. His stock went soaring when he wore out Alabama tackle Cyrus Kouandjio in the Sugar Bowl, beating the second-round pick for three sacks in the Oklahoma win.

When Ha Ha Clinton-Dix was suspended last season, it was Collins, the former 5-star recruit, who stepped in and played admirably for Alabama. Now a safety spot is all his and he has a strong chance to follow Clinton-Dix and many other Tide defenders to the NFL with a solid junior campaign.

The talented freshman made his way into the starting lineup for the Gators in 2013 and recorded three interceptions and 11 pass breakups. He’s one of the more athletic and instinctive players in the league and clearly was one of the few bright spots the Gators could take out of their 4-8 campaign last year.

It’s admittedly a down year for quarterbacks in the SEC and Wallace might be the best the Vols face in the conference. The SEC’s returning leader in virtually every passing category, Wallace, a Tennessee native, will enjoy facing the team that he grew up cheering for but wasn’t seriously recruited by.