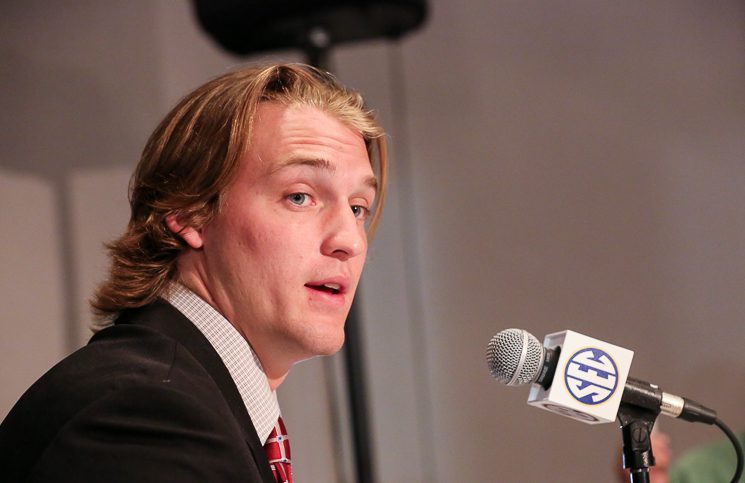 Daniel: This doesn’t look like the Boise State we’ve grown accustomed to in recent years. That’s not to say the Broncos will roll over, but with a new head coach, a new quarterback and only a few returning starters on offense, don’t expect the Broncos to move the ball consistently against what I believe is an under-appreciated Ole Miss defense heading into the 2014 season. The Rebels’ offensive cast of Bo Wallace, Laquon Treadwell, Jaylen Walton and I’Tavius Mathers should be able to easily put up points on an average defense. I like Ole Miss pretty big in this one. Winner: Ole Miss 45, Boise State 24

Houston: Boise State will have absolutely no answer for Bo Wallace and Laquon Treadwell. Expect the Ole Miss tandem to have a huge day against the Bronco secondary which should soften things up a bit for the Rebel run game and I’Tavius Mathers. Boise State will probably hit a couple plays late, but that will be long after Robert Nkemdiche and company have punished the starters long enough. Winner: Rebels roll, 42-20.

Reed: These teams ranked 20th (Boise) and 21st (Ole Miss) nationally in total offense last year. Ole Miss returns nearly 75% of their production on both sides of the ball giving them an experience edge over Boise. According to Dave Bartoo from cfbmatrix.com, Ole Miss ranks 22nd nationally in talent while Boise stands at 68th. The Rebels have an edge in talent and experience plus they have a more proven coach on the sidelines – that’s a terrible combination if you’re a Boise State fan. Winner: Rebel Black Bears, 41-27.

Zach: This is a game that could get ugly in a hurry. Boise State is entering a new era and the Rebels are poised to be the Auburn/Missouri of 2014. I think Bo Wallace will grab the nation’s attention on Saturday and have a field day against the Broncos. Ole Miss should easily cover the spread on Saturday night. Winner: The Rebels, 38-14.