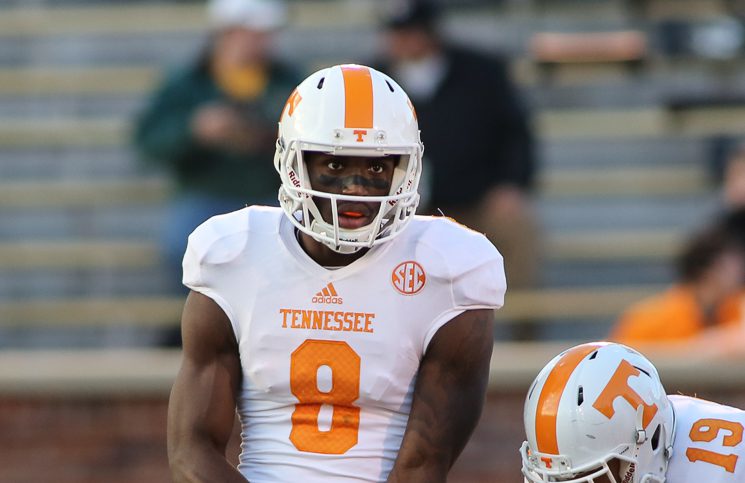 Editor’s note: For SEC games this season, Daniel Lewis will be putting together a blueprint for how Tennessee can have its best chance to knock off that week’s opponent. It’s written from a Tennessee coach’s mindset and isn’t necessarily representative of how RTI predicts the game to go.

Offense: There are holes in Georgia’s secondary that can be exposed. South Carolina found them and so can we. Marquez North, Pig Howard and Josh Malone are all more talented football players than the players who will defend them. But we have to give Justin Worley time to find those guys. Georgia’s front seven might not be elite, but it’s good enough to cause major issues for our inexperienced bunch if we don’t help them. Here’s how we’ll help them:

• Change up the snap count to disrupt UGA’s rhythm
• Mix in some screens, draws, fake reverses and reverses to keep them guessing
• Leave Ethan Wolf and/or a running back in to block as much as we can
• Stay ahead of the down and distance

To stay in front of the chains, we have to run the ball with moderate success. We’re not a good running team. We can’t completely hide that. But if we can get to 4.0-4.2 yards per carry, that’ll give us more 2nd & 6 and 3rd & 2-type situations. That protects our line because Georgia can’t pin their ears back and come for the pass every time on third down. The good news is we’ve seen a lot of 3-4 variants this year, so our offensive line will be better at blocking it in the run and pass. We’ll lean on the left side and maybe run some power with Jashon Robertson pulling around to give us a lead block. We have to keep the penalties low again and do a better job of taking care of the football. It was going to be a one-or-two score game at Oklahoma if we protected the ball better. We’ll do that at Georgia and have a shot.

Defense: We’re slowing the run game and making Hutson Mason beat us deep. If he can do that, we’ll shake their hand, congratulate them and get ready for Florida. A lot of people are talking about the challenges of tackling Georgia’s running backs, but let’s overload the box and not let them get going. We’ll play more true 4-3 with Curt Maggitt standing up as an outside linebacker and move LaDarrell McNeil, whose skill set can help us in this game more than others, down into the box as a hybrid fourth linebacker/safety type. That’ll put a lot of stress on the defensive backs, but we’ll take our chances with matchups like Cam Sutton vs. Chris Conley over letting Todd Gurley, Nick Chubb and Sony Michel get loose.

Special teams: Georgia’s special teams, on paper, are pretty good, but they’re known to implode from time to time. We blocked the punt on them last year and almost won the game because of it. We can do something like that again this year. Marshall Morgan’s a great field goal kicker, though he might be a little shaky after his crucial miss that cost them against South Carolina.

Let’s try to kick away from Todd Gurley on kickoff returns and we need better distance, placement and hang time from Matt Darr on punts because Isaiah McKenzie is scary in that area.