Fresh off a massive recruiting weekend, the Vols are set to host one of their top targets in the form of 5-star offensive tackle Drew Richmond. 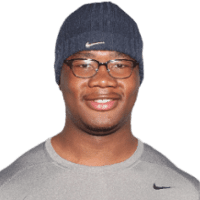 A 6-5, 320 pound prospect from Memphis, Richmond is likely Tennessee’s top remaining target. He chose to commit to Ole Miss over Tennessee on September 9th. Leading up to his commitment, the Vols led for his services. An August 16th trip to Oxford vaulted the Rebels into the lead and he remains committed to Mississippi. Richmond was in Oxford over the weekend to witness the big Rebel win over Alabama, so Butch and Co. definitely have their work cut out for them.

The Vols do, however, have some things working in their favor. Richmond has stayed in contact with multiple members of Tennessee’s 2015 recruiting class and he has followed the program closely this year. Early playing time is also important for him. With an offensive line that ranks last in the SEC in sacks allowed, that’s definitely something Tennessee offers. In a world where nothing is final until the papers are in, Tennessee will have a chance to flip the script on Richmond’s recruitment this weekend when he’s in town for his visit.

Here’s our scouting report on Richmond:

Richmond wants to play as a freshman wherever he goes, and while that isn’t normally ideal, he is more than talented enough to do so. He is big, physical, and strong at his tackle position. He plays with a good demeanor and does a great job of helping out his teammates after he has finished his assignment. Half of his highlight tape is him pancaking his defender and then pealing back to help out on another block. He will have to work on his technique, but his size and strength will help him succeed while learning the finer details of the game.

You can view his entire profile and his video highlights here.