Analysis: Tennessee is a Much Improved Team

Though the Vols finished just a play or two from a bowl berth last season, they were also a few plays away from a catastrophic 3-9 record. Without North’s miracle catch against South Carolina, that’s a loss. Without Randolph’s interception in the end zone against South Alabama, the Vols could have easily dropped that one.

Simply put, Tennessee finished right where they should have at 5-7. The Vols were outscored by 62 points and were outgained by 781 yards in 2013. As close as they were to a bowl, they weren’t a bowl team by nearly any statistical measure.

This season paints a different picture.

Heading into three winnable games, Tennessee has outscored its opponents by 11 points. That’s progress. The Vols have allowed 3,375 yards this season and gained 3,304. With contests against three of the bottom five SEC offenses approaching, the Vols should easily end the season with more yards than their opponents. In fact, the Vols are giving up 42 fewer yards and four fewer points per game this season than they did in 2013. That gap should increase during the next three games.

The Vol defense struggled to make impact plays in Jones’ first year and that’s an area where they’ve improved dramatically. Tennessee ranked 12th in the SEC in tackles for loss last season with 65 – UT leads the conference (and has already surpassed last season’s total) this season with 69 tackles for loss. The Vols ranked dead last in the SEC in sacks last season with 18 – they’re currently 4th in the conference with 24. Since 2004, the Vols ranked inside the top half of the SEC in sacks just three times and last or second to last four seasons. On average, the Tennessee defense ranked in the bottom half of the league in sacks over the last 10 years.

This year, that trend should end. Tennessee is on pace to have its best year pressuring the quarterback since 2005 when they averaged 2.9 sacks per game. Derek Barnett has seven sacks on the season – a high water mark for Vol defensive linemen since Parys Haralson recorded nine sacks in 2005. Curt Maggitt is right behind him with six sacks this year.

Then there’s the offense. While the offensive line has struggled, the Vols have been more productive this season than last. Tennessee is scoring 2.4 more points per game this season and has averaged 14 more yards per game. Those aren’t mind-blowing numbers, but that gap should increase significantly down the stretch when Tennessee faces the 6th (Missouri), 8th (Kentucky) and 11th (Vanderbilt) ranked defenses in the SEC.

Butch Jones’ squad has been better on third down and in the red zone this season as well. They’re converting 40% of their third down attempts, up from 36%, and have scored on 90% of their red zone attempts, up from 77% in 2013. Tennessee is also a more disciplined team. They’re averaging 28.2 penalty yards per game, down from 37.9 in 2013. That number is even more impressive when you consider the Vols have played the most true freshmen in the nation.

Opponents held a 2:22 advantage in time of possession in 2013 – that number is down to 6 seconds with three games to play and Tennessee should be on the plus side of that number at season’s end despite starting entirely new offensive and defensive lines.

While Tennessee’s record should definitely reflect improvement, diving into the numbers shows the Vols aren’t a fluke. They’re a much improved team in multiple categories – all despite being one of the youngest teams in the nation.

And they’re definitely on the right track in Jones’ second year on Rocky Top. 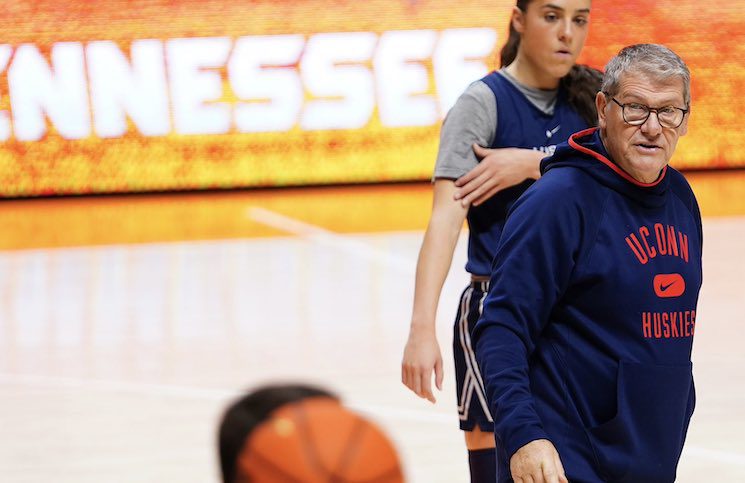