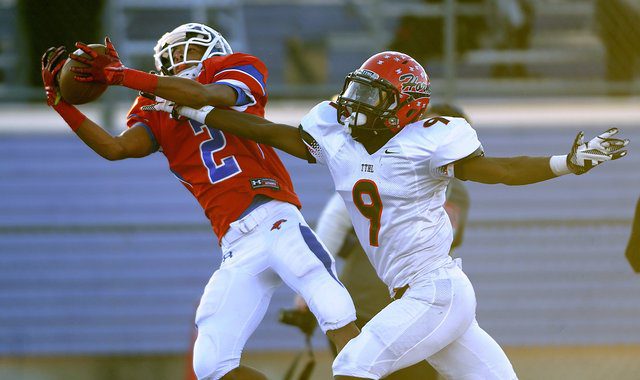 The season is over for a majority of Tennessee’s commitments, but a few claimed a state title or moved on to the championship game over the weekend:

LB Austin Smith and DT Quay Picou: Smith and Picou helped Buford wrap up what can only be described as a dominant run through the Georgia 4A playoffs with a 55-10 win over St. Pius. Buford gave up an average of just 6.6 points per game during its playoff run.

Here’s a clip from the AJC discussing the talent the Wolves had stockpiled during their title run:

“They did it in their typically impressive fashion, overwhelming St. Pius with a bevy of next-level talent and superior speed, size and strength. Five Buford seniors—linebacker Austin Smith, defensive tackle Quay Picou, defensive back David Curry and offensive linemen Nick Polino and Hunter Holland—have already committed to FBS teams, and several more will by National Signing Day. Plus, the Wolves feature a host of underclassmen, like junior tight end Isaac Nauta and defensive tackle Shug Frazier, who have already attracted numerous offers from elite college programs.”

CB/ATH Micah Abernathy: Greater Atlanta Christian School’s run through the Georgia 2A playoffs came to an end in the finals, falling 45-21 Benedictine. It wasn’t for a lack of effort from Abernathy, however. The two-way player shined on offense, rushing the ball 23 times for 186 yards and two touchdowns, according to the AJC.