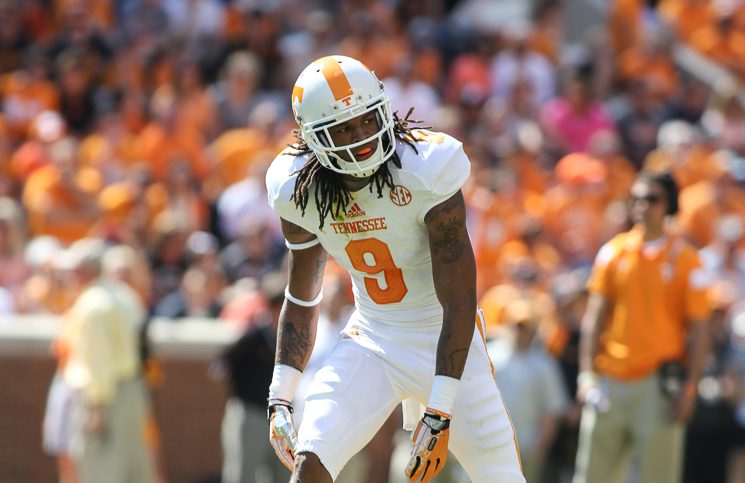 How important is it for the Vols to win this game? Would a close loss hurt the momentum of the program? – @nolarobert 6h6

Daniel: I may be in the minority, but I don’t think it’s really that important, at least relatively speaking. I know that’s not what the coaches and players will say. I know everybody involved for UT really wants to win. It would certainly help UT. But if the Vols battle and come up short? It’s hard to say that it really hurts the program a ton at this point.

Butch Jones already has progress to show this season. He was able to recruit like crazy without a ton of that last year, so I think he’ll be able to push the bowl appearance on the recruiting trail and come spring or fall practice, will the team really be thinking about this game? I don’t think so. So while a win would certainly help, it wouldn’t be a major setback if the Vols don’t.

Houston: I agree with Daniel. As is the case with any win, I think that a victory would give this team some momentum heading into the offseason and possibly on the recruiting trail, but I do not think that this is a make-or-break game for this team or the program. While I don’t think anyone projected them to actually win only two or three games – as Butch Jones has suggested – there were not a lot of analysts that picked this team to make a bowl. So just making a bowl is a huge accomplishment for this team. Add to that the fact that they were one point away from beating Florida and three points short of beating Georgia on the road, and you have some pretty strong selling points for recruits.

Honestly, I think that this game may actually be bigger for the fans’ psyche than the team’s heading into year three of the Butch Jones era. The fans see the improvement, but a bowl win would certainly help to quiet the nega-Vols over the summer.

With Chavis going to Texas A&M looking like a sure deal now, does that change Ugo Amadi or Justin Martin’s destination to UT? Also, I know Amadi is an early enrollee, but is Martin an early enrollee too? – Evan

Houston: Well well well. Looks like I get to answer this a bit late, but in good spirits after the Vols added Martin to the 2015 class yesterday. Amadi has since said that Chavis’ departure will not impact his decision to attend LSU, so I wouldn’t expect any news out of him.

It clearly had an impact on Martin, but he also said yesterday that he will still take an official visit to LSU and Auburn before signing day. So I wouldn’t quite call his recruitment over and done at this point. Martin is not an early enrollee, however, so he still has plenty of time to take some visits and finalize his decision before signing in February and arriving to his school of choice – Tennessee, for now – in May.

Where are the Vol fans going to be hanging out this weekend? Places to go, eat etc. Thanks! – Brian

Daniel: Here’s a list of the official events being held by the bowl. Informally, be sure to check out the Jacksonville Landing area downtown and some of the top restaurants such as the Metro Diner, the Maple Street Biscuit Company and there’s a cool area called the St. Johns Town Center that is east of downtown that has some great restaurants. If you’re coming down early or staying late, maybe plan a day at the beach and swing by the TPC at Sawgrass.

Two questions…other than Pig, which WR you see stepping up and helping Friday and who are Iowa’s key players? – @Rhickson87

Daniel: I think Von Pearson and Josh Malone are the X-factors for Tennessee. We’ll see how he plays, but Pearson looks really good in practice – bouncing around and looking as healthy as he has all year. We’ve also been told how much healthier Josh Malone is now and with so many injuries at receiver, this is another great opportunity for him. Guys like Vic Wharton, Ryan Jenkins, Johnathon Johnson and Jacob Carter should get chances on Friday, but it’s Howard and the two I mentioned earlier that have the most big-play potential for UT.

In terms of Iowa’s key players, left tackle Brandon Scherff is the Hawkeyes’ most talented player and definitely one to watch against UT’s athletic defensive line. Quarterback Jake Rudock will get the start, but look for C.J. Beathard from the Nashville area to get some snaps at QB too. Mark Weisman is a big physical back who won’t break a lot of huge runs, but can wear a defense down. Kevonte Martin-Manley and Tevaun Smith are the receivers to watch.

Houston: I’ll also have to go with Von Pearson. I actually think I may have him as my pregame pick to take home MVP honors after watching him in practice this week. He finally looks 100-percent recovered from his ankle injury and has been extremely talkative on the practice field since arriving in Jacksonville – which, if you know anything about Von, means that he is feeling very confident heading into Friday’s game. Iowa has a very disciplined secondary, but Pearson’s ‘make-you-miss’ factor and athletic ability will give him a chance to make a few plays this week.

I’ll also throw Josh Malone in as a dark horse candidate because of his big play potential. I don’t see him having a bunch of catches in this game, but he could have the opportunity to make a couple really big plays in the vertical passing game.

Can the Vols run on Iowa? I don’t think our passing game can beat them without strong run support. – @ApopkaJohn

Daniel: That’s the huge question. Iowa’s pass defense is stout – top-10 in the nation in fact. That means the Vols won’t want to live by the pass and will need to run the ball. Iowa’s defensive front is good, but not elite. I think UT will be able to run on Iowa, but will need to show variety, utilizing Jalen Hurd, Marlin Lane, Joshua Dobbs and maybe even Devrin Young in spots. That’s the key to the game, in my opinion. UT has the athleticism to do some damage, but the offensive line has to step up.

Houston: The simple answer is yes. Iowa has struggled all season with mobile quarterbacks and – now that they are healthy at running back and offensive line – the Vols should be able to utilize Dobbs enough to open up the other aspects of their offense. I’m not expecting a half mile of yardage, but I do think Tennessee’s offense could be in for a nice afternoon on Friday.

In a best 2 out of 3, who wins the circle of life drill? Khalil McKenzie or Trent Thompson? – ‏@paschalc

Daniel: It has to be Kahlil. I have a lot of respect for Trent Thompson and think he’ll be a great player, but Kahlil has just too much size and athleticism – he has 50ish pounds on Thompson. I’d take him to sweep it.

Houston: If you think I am going to bet against Kahlil McKenzie then you are crazy. That man has been tearing people up in San Antonio this week and hasn’t even played a game of competitive football in over a year. Trent Thompson is a fine player, but the visual evidence for McKenzie is overwhelming.