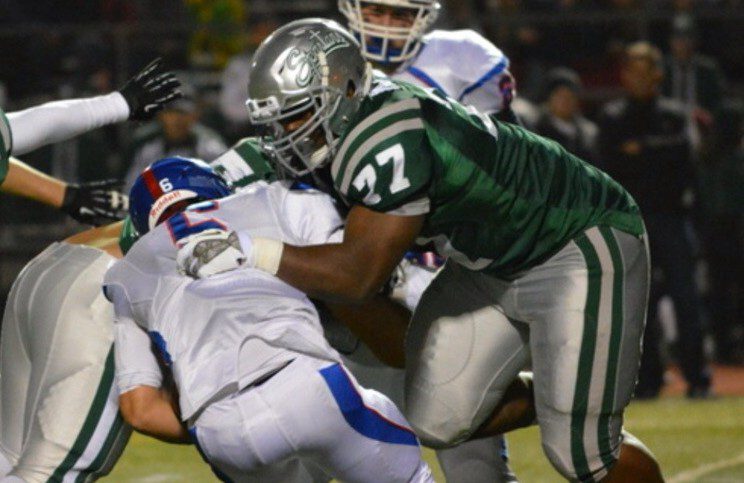 Tennessee five-star defensive tackle commitment Kahlil McKenzie is ranked as high as the No. 1 prospect in the entire country, and despite not playing his senior season due to being ineligible after transferring, he continues to put up massive numbers in the weight room. Here are his latest max-out numbers, according to McKenzie on Twitter.

For those of you not as familiar with what that means, high school football players often shoot for the “1,000- pound club” between the bench press, squat and (power) clean. McKenzie easily surpasses the 1,000-pound plateau with just two lifts – the bench and the squat –totaling 1,110 pounds.

McKenzie, who was an official visitor over the past weekend, was also recently named by FanSided.com as one of 10 in the class of 2015 with No. 1 overall draft pick potential.

McKenzie is the highest-ranked committed player for the Vols, according to every recruiting services. He’s No. 1 nationally on Scout, No. 3 on 247Sports, No. 6 on Rivals and No. 26 on ESPN.com.