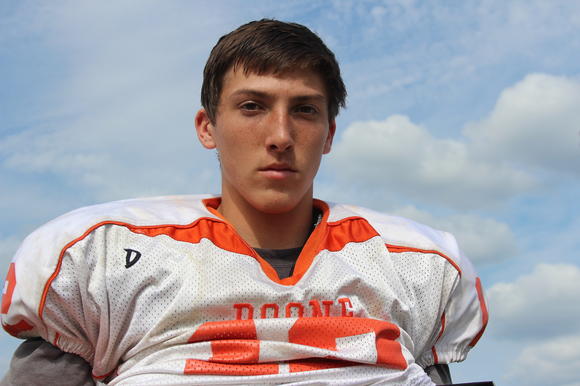 via the Orlando Sentinel

One of the most overlooked position battles for the 2015 team comes at a spot that is largely ignored, but also has the power to change field position with one good, or bad, attempt.

The Vols are searching for a punter to replace departing senior Matt Darr, who is headed to camp with the Miami Dolphins, and the answer may not be on campus yet.

That’s because incoming freshman Tommy Townsend, ranked as the fourth best punter in the nation by Rivals.com in the 2015 class, won’t arrive until later this month. Special teams coordinator Mark Elder gave some thoughts on him at the end of spring practice.

“I think he’s a very talented guy that we’re expecting to come in and very much be competing for that position right from the get-go,” he said.

And while Elder likes his upside, and the Vols had a true freshman kicker win a job last year, he also mentioned that he won’t be handed the job either.

Townsend will challenge walk-on Trevor Daniel, who handled most of the starting duties over the course of the spring. The redshirt sophomore has never appeared in a game, but showed a strong leg at times this spring. Maryland graduate transfer Nathan Renfro is also expected to join the competition this summer. Originally a native of Brentwood, Tenn., Renfro was a three-year starter at Maryland, where he averaged 41.5 yards per punt last season with a long of 64. He will be eligible immediately.

Whoever wins the job will be UT’s third new punter in the past three years after Michael Palardy in 2013 and Darr last season.

Tennessee basketball trending for five-star PF, No. 3 player in country

Tennessee basketball trending for five-star PF, No. 3 player in country

Tennessee will not allow on-campus tailgating if season is played