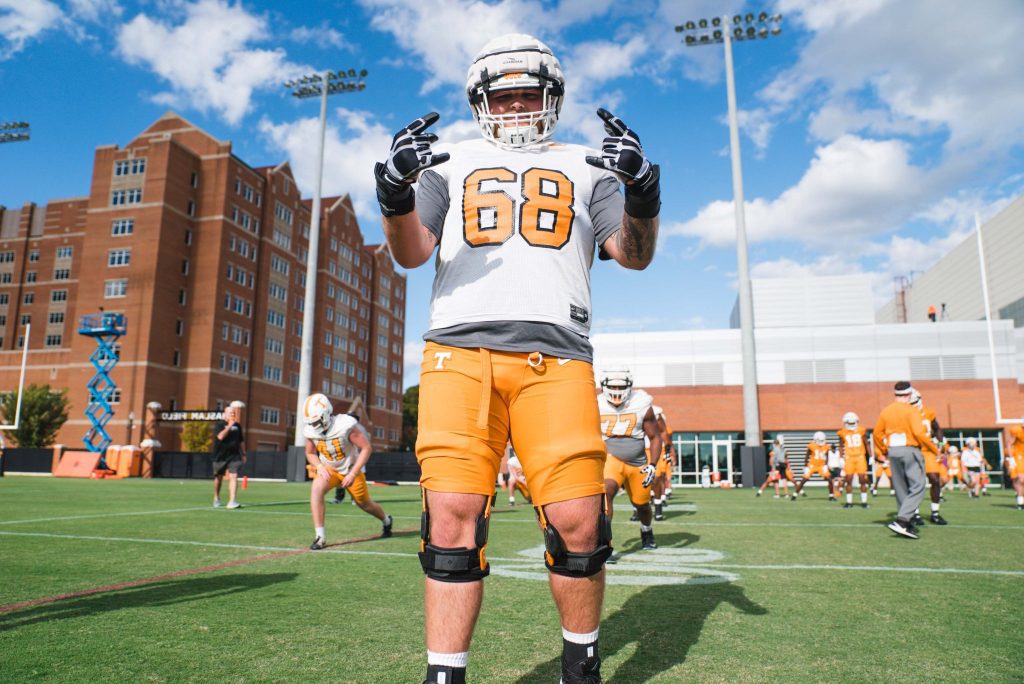 Managing editor Ben McKee answer your best questions about Tennessee athletics and anything else in our weekly mailbag.

“With the breaking news of Cade Mays being granted freedom, why is Georgia now the third best team in the SEC?” – Buck Nasty

Ben: Because it’s the decade of the Vols.

“Do you think Cade Mays’ eligibility will have a tangible impact on the offense this week? Do you expect him to start?” — Abbie

“How many touchdowns will Cade Mays throw for this weekend? Ha! What do you see as his realistic impact on the offense this weekend? Seems like the O-line was a strength last week, without Cade.” — Tre Jordan

Ben: Absolutely. Cade Mays is a future NFL offensive lineman. I expect for him to start on the right side of the offensive line and have an immediate impact. Tennessee’s offensive line was already good without Mays be eligible, but now that he can play, it’s a great offensive line.

The biggest difference you’ll see with Mays in the lineup is that teams won’t know which side of the offensive line Tennessee will run behind in crucial situations. Without Mays, everybody knew the Vols were going to run behind Trey Smith. With Mays in the fold, defenses have to take into consideration that the Vols may not actually run behind Smith.

Man, it sure would be cool to see Mays catch a touchdown like Eric Fisher did for the Chiefs on Monday night football against the Ravens. Throwing one would be pretty dope as well.

“The offensive line was good not great last week. Does Cade Mays and another week bring them up to the next level? What’s the most important thing Tennessee has to do win against Missouri this weekend?” – Evan Reeves

“When does Tennessee break out the Orange britches?” — Evan Reeves

Ben: Absolutely think you see Tennessee take a step forward this week along the offensive line. That unit was a unit that was hampered during fall camp due to contact tracing and I thought that showed Week 1 against South Carolina. With Mays in the fold and another week of practice under their belt, I expect for them to be much-improved against Missouri.

The most important thing Tennessee has to do to beat Missouri is simply take care of the football and not beat themselves. It’s truly that simple. Tennessee is more talented, has better depth and has the better coaching staff. As long as the Vols don’t give Missouri extra possessions they’ll enter next weekend’s Georgia game 3-0.

I’ll say they breakout the orange britches for the first time this season next week when they travel down to Athens.

“Chance that Cade comes back after this year?” – NCVol

Ben: Chances decreased when the SEC announced that Mays was eligible to play this weekend. He needs another year of film on his resume, so if he weren’t going to play this season, he likely wouldn’t have entered the NFL Draft for that exact reason. But now that he’ll have this year as a chance to put another year of film together, the chances of him returning decrease because he could significantly improve his draft stock. I lean towards him returning as of today, however.

“Who is your MVP for offense and defense this weekend?” — Joseph Bennett

Ben: My MVP on offense will be Tennessee’s rushing attack. I don’t know that I can point out just one player because I believe Tennessee’s offensive line as a whole will take advantage of a Missouri defensive line that is a weakness, which will allow Ty Chandler and Eric Gray to have big games on the ground.

On defense, I think Kivon Bennett will be the MVP. The left side of Missouri’s offensive line is weaker than the defensive line which sets up Bennett to have a big game. Bennett has been playing terrific football for the Vols of late dating back to last season and I believe he will once again on Saturday.

“Do you think Deangelo Gibbs ever plays a down in the Orange?” — Cole Jackson

Ben: Yes I do. Gibbs truly opted out due to COVID-19 concerns from my understanding. I think you’ll see him suited up for the Vols next fall. There aren’t many other options for him unless he decides to quit football or transfer once again. That would surprise me.

“Next recruit to commit and why is it Amarius Mims?” – Neyland Mafia

“Mims taking another visit has to be a good thing. Where do we stand w him as of now? Any updates on Nyland Green?” — Ricky Klassen

Ben: Because it’s the decade of the Vols.

In all seriousness, Tennessee is in a great position to land Mims when he announces on Oct. 14. Georgie will be tough to beat out, but the Vols have a chance and have done an excellent job recruiting him.

Nyland Green is another Tennessee/Georgia battle and the Vols sit in good position for the four-star defensive back as well. Auburn could be a sleeper in his recruitment.

“Deandre Johnson a one hit wonder or do you believe he becomes the next great Vol pass rush specialist?” — Michael Miller

Ben: Deandre Johnson is definitely going to have to prove that his performance wasn’t a fluke. I’ll take the optimistic route and say he’s going to be a consistent contributor off the edge for Tennessee this fall. He understands the scheme, is locked in mentally and is in the best shape of his life. Johnson and Bennett off the edge this season opposite of one another should be fun to watch.

“Who starts at safety and nickel against Mizzou?” — Dylan Palmer

Ben: Jaylen McCollough and Trevon Flowers will start at safety. Freshman Doneiko Slaughter is your starting nickle until Shawn Shamburger returns from his hiatus.

“What does Tennessee have to do this week to make you feel good about going into Athens next week?” — Samsmith

Ben: Improve along the defensive line. Tennessee’s defensive line did not play well against South Carolina. That doesn’t bode well when going up against a very talented offensive line in Georgia. The Vols really need guys like Aubrey Solomon, Kurott Garland and Darel Middleton to step up and contribute. They also need Matthew Butler, LaTrell Bumphus, Elijah Simmons and Greg Emerson to continue to improve If Tennessee’s defensive line shows signs of improvement this weekend, I’ll feel much better about its chances of beating Georgia next weekend in Atlanta.

“Do we hang on to Lewis?” — Stevie Duckett

Ben: As of the beginning of October, I say yes, Tennessee hangs on to four-star linebacker Terrence Lewis. I know there’s been quite a bit of drama of late between Lewis and Miami, but I just don’t see that being a legit option right now. Especially with Lewis trashing Miami’s coaches and program on Twitter over the summer quite a bit. Things could always change, but I like where Tennessee currently sits in terms of holding on to Lewis.