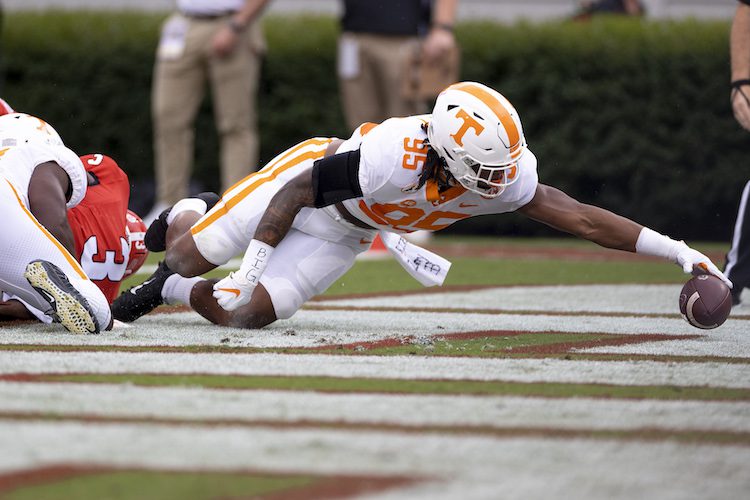 The Vols led 21-17 at the half thanks to two Jarrett Guarantano to Josh Palmer touchdowns. But Tennessee allowed Georgia to outscore them 27-0 in the second half off of three turnovers and comeback and win the football game.

In the process of rewatching the game back on Sunday, managing editor Ben McKee jotted down his thoughts on the plays that led to Tennessee’s first loss of the season.

Georgia’s second drive: Bulldogs punt it away after Harrison sack

Click ‘next’ to continue reading what went wrong for Tennessee on Georgia’s 95-yard touchdown drive.